The United States incarcerates more individuals than any other country in the world. Even though the U.S. makes up only five percent of the world’s population, we incarcerate more than 20 percent of the world’s prison population — over 2.3 million people. The statistics are startling: One out of every 110 adults is in jail or prison; one in 35 adults is involved in the criminal justice system, either in jail, prison or on parole or probation. Add to that, a rapidly aging inmate population and an alarming number of individuals with mental illness and substance abuse behind bars, and it’s easy to see how the social and economic costs are both staggering and unsustainable. The safety and security of our jails and prisons has never been more critical, or so highly scrutinised, particularly by the Courts. Constitutional requirements for the care and treatment of inmates demand a new level of responsibility to protect the incarcerated, which should not be underestimated, as evidenced by numerous Federal lawsuits and interventions by the Department of Justice (DOJ).

Rethinking the Design of Correctional Environments

Recently, much has been written about justice reform and making our jails and prisons more humane. Many of the things we’ve learned through evidence-based practices in health care have led us to re-think how we design correctional environments. As architects, we can and should endeavour to create facilities that provide natural daylight, colour, access to nature, good sightlines and acoustics, in addition to more normative environments and accessibility for the disabled. This is not simply for the sake of inmates, but for the staff who will spend as much, if not more, time in these facilities. The foundation of any correctional facility will always be a safe and secure environment to protect inmates, staff, visitors and ultimately, the community. You cannot create a therapeutic, healing environment, if it is not first, and foremost, safe and secure. With our justice system undergoing a massive paradigm shift, it is important to not lose sight of this fundamental requirement.

Traditionally, when addressing safety and security the focus has been on the planning, design and construction of the physical plant; however physical containment alone is not the solution. In reality, safety and security is the result of a careful, dynamic balance between three elements — physical plant, technology and operations. Safety and security require staff to actively supervise and manage inmate behaviour, while understanding the differences between observation and supervision.

Effective supervision of inmates by staff involves many factors:

Effective supervision of inmates is challenging enough with general population inmates and with the rapidly growing population of inmates with mental health and medical issues, it requires additional training so that staff can manage these specialty care populations. An example of this is the cross training required for both custody staff and clinicians at the new California Department of Corrections and Rehabilitation (CDCR) - California Health Care Facility in Stockton. This type of training provides custody staff with the skill sets needed to help them know when to alert clinicians regarding an inmate’s health and well-being. Conversely, clinicians can aid custody staff by alerting, preventing or diffusing situations before they become dangerous or disruptive. It is all part of an interdisciplinary treatment and team approach to care and supervision.

Another example of how the changing paradigm is impacting how staff supervise and care for inmates is the new Medical Modification at the Dallas County Jail, aka the Dallas County Med Mods. Under a Memorandum of Agreement with the Department of Justice to improve health and safety conditions, this project is now used by DOJ as a model of how the Sheriff’s Department, the County Commissioners and the Community health providers collaborated and cooperated to bring meaningful change, providing a Constitutional level of care in a safe and secure environment. Treatment in this facility is a seamless and integral part of the overall public health system, from medical records to providing continuum of care for inmates once they’ve been released.

The litigious atmosphere, the sheer magnitude of the inmate population, the rampant medical and mental health issues and the shifting paradigm, from a punitive to a more rehabilitative approach, have added a whole new dimension of complexity in providing effective staff supervision of inmate behaviour — to achieve safety and security. It is a monumental problem that goes well beyond corrections reform. It requires reform at all levels of our criminal justice system, including law enforcement, the courts, legislators and from community health providers. 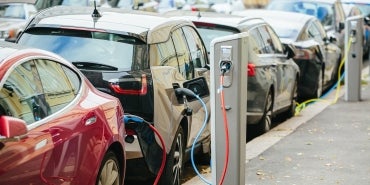 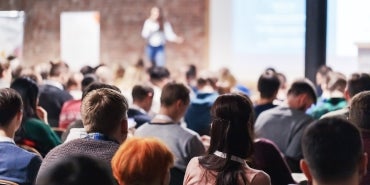 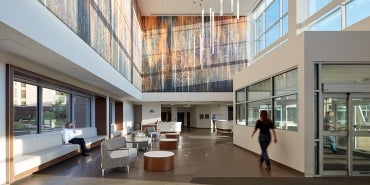