A joint venture of HDR and WSP USA received the Grand Conceptor Award from the American Council of Engineering Companies for Raising the Bayonne Bridge: Milestone 1 Completion project. The Grand Conceptor, given annually to the nation’s best overall engineering project, highlighted ACEC’s 51st Engineering Excellence Awards Gala in Washington, D.C. A panel of nearly 30 judges selected the year’s most outstanding engineering accomplishments from among 160 entries, in what’s known as the “Academy Awards” of the engineering industry.

An icon of the New York/New Jersey area for nearly a century, the Bayonne Bridge faced a critical juncture: Following the expansion of the Panama Canal, the Bayonne’s 151-foot navigational clearance wasn’t high enough for the newest shipping vessels to access the Eastern Seaboard’s busiest ports.

To allow larger “Panamax” ships to enter the ports of Newark and Elizabeth, New Jersey, the Port Authority of New York & New Jersey and the HDR/WSP USA joint venture design team sought to raise the Bayonne Bridge 64 feet, to 215 feet — something never previously attempted. The urgency of this project was heightened because, with 3.5 million vehicles crossing the bridge and $200 billion worth of goods flowing through the ports annually, it was not practical to close either the bridge or the shipping channel.

When complete, the bridge will be wider and safer for motorists and pedestrians. It will also facilitate development — while allowing the Eastern Seaboard’s busiest ports to thrive.

The raised roadway enables safe passage of Panamax ships up to 18,000 TEU units (a standard cargo container size). Keeping both bridge and shipping traffic open throughout construction was only possible through an audacious, complex construction sequence to raise the roadway — a worldwide first.

With additional weight on the structure, the team added more than 4,000 tons of steel plates to strengthen the bridge, accommodate higher wind loads and allow future light rail. The reinforcement also brought the bridge into compliance with American Association of State Highway and Transportation Officials Load and Resistance Factor Design standards. Unique for their staggering height, the 160-foot-tall approach piers were also designed to resemble the original 1930s piers, with beautiful curved arches.

With the completion of the Bayonne Bridge Navigational Clearance Project, residents and stakeholders can rest assured that they restored a historic landmark to support transit and economic needs for the next 100 years.

For over a century, HDR has partnered with clients to shape communities and push the boundaries of what’s possible. Our expertise spans more than 10,000 employees in more than 200 locations around the world — and counting. Our engineering, architecture, environmental and construction services bring an impressive breadth of knowledge to every project. Our optimistic approach to finding innovative solutions defined our past and drives our future. For more information, please visit https://www.hdrinc.com/au.

WSP USA, formerly WSP | Parsons Brinckerhoff, is the U.S. operating company of one of the world's leading engineering and professional services firms—WSP. Dedicated to serving local communities, we are engineers, planners, technical experts, strategic advisors and construction management professionals. WSP USA designs lasting solutions in the buildings, transportation, energy, water and environment sectors. With more than 7,000 people in 100 offices across the U.S., we partner with our clients to help communities prosper. www.wsp.com 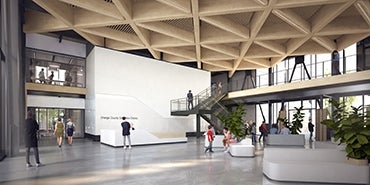 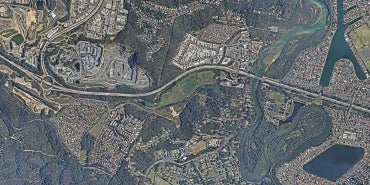