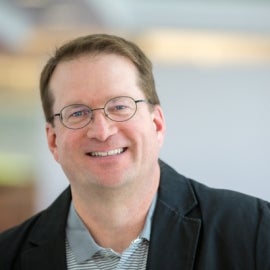 “Omaha is in the midst of significant transformation, a positive metamorphosis focused on excellence. To be in the community at this time is remarkable, to be practicing architecture at this time, is humbling."

David is an award-winning architect who has focused his entire career on enhancing the built environment in his local community. While his work is locally-based, his signature design transcends the Omaha area. David has designed a diverse body of project types, many of which are places of public assembly and places of communal gathering such as the University of Nebraska Omaha, Baxter Arena. His depth of expertise encompasses performing and visual arts, cultural facilities and civic institutions, including the Salvation Army Kroc Centre, the Holland Performing Arts Centre, all of which have been recognised for their excellence with AIA design awards.

David has been a visiting instructor at the UNO Peter Kiewit Institute, has served as a visiting critic at the UNL College of Architecture, and participated as a panelist and presenter on forums for architecture.