Today, technology, globalization and climate change are altering our lives at a blistering speed. In order to survive this rate of change, organizations are being forced to undertake large systemic changes. Consider this: In 1961, a company on the S+P Index had an average lifespan of 62.5 years. By 2024, that number will decrease to only 15 years. Those who recognize the changing environment and evolve with it will survive; or, in the case of Netflix, thrive.

The key to survivability is to recognize the changing environment and evolve with it. And that’s where systems theory comes in.

Healthcare and by extension, hospitals, are systems. A system is composed of three parts: purpose, relationships and components. In healthcare, the purpose is what the system is set to achieve, or the answer to the question: What business are we in? Relationships are the threads that hold the various components together: the rules, culture, incentives and hierarchies. Components are the building blocks of the system, such as the people, staffing, buildings, technologies, departments and equipment. In order to truly transform, an organization must start with defining its purpose; only then can it move on to focus on relationships or enhancing components. For example, if you purchase a new machine, hire new staff, reorganize departments or change incentives (components), you aren’t truly transforming anything. It’s the purpose that must be the guiding force that determines relationships and components; and purpose should always be connected to the future.

Instead of concentrating on diversifying and upgrading its components like Blockbuster did, Netflix redefined its purpose allowing itself to become a consumer data company that uses its entertainment content platform to monetize insights generated by its data. Where Blockbuster focused on distribution channels and video rentals, Netflix focused on data, preference prediction and content generation, all using a pure subscription model.

What can healthcare learn from Netflix and Blockbuster? If you look at the future from a conventional lens, you are going to have to look even further. If your organization is a circle, transformation means becoming a triangle — not a bigger circle. Transformation is about becoming something different. If you are a caterpillar, simply slapping a pair of wings on doesn’t mean you start flying around feeding on pollen instead of leaves. Those fake wings won’t help you adapt to different ecosystems. Adding features to the same old creature means it’s the same old creature. You must become fast and nimble. You must become something different. 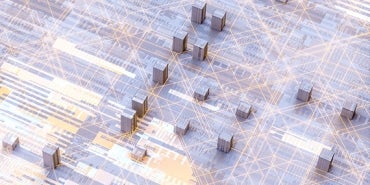 Smart Bets on the Future of Healthcare Delivery
Article 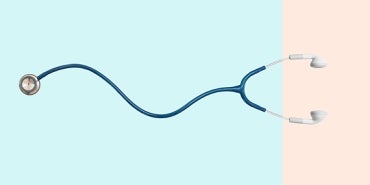 The Building Blocks of Ambient Intelligence