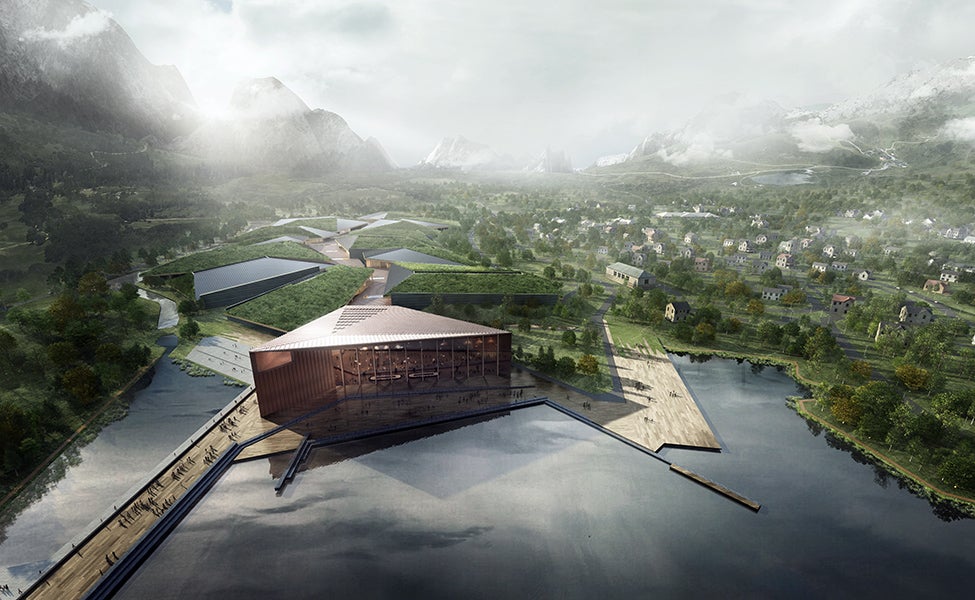 Kolos, a U.S.-Norwegian venture-backed company, is building the largest green data centre in the world in Ballangen, Norway, 225 kilometres north of the Arctic Circle.

The Kolos facility — slated to open in 2018 — is a brand-new class of hyper-scale data centre, with sustainability, cost-effectiveness and security at the core of its design, construction and operations.

Havard Lillebo, co-CEO of Kolos, said: “We analyzed locations around the world and identified Ballangen as unique, due to Norway’s competitive green energy, the country’s cool climate and its large technical workforce, as well as access to international high-performance fibre and the site’s secure moated property.”

Designed by HDR, the 600,000 square-metre, four-storey facility is responsive to its site in a fjord surrounded by mountains and integrated into the natural beauty of its environment. The design takes cues from the spectacular landforms of alluvial fans, mountains, and glaciers that define the site. Organized along a central spine, the building forms are arranged to mimic a glacier’s movement as it displaces swaths of land, like a mountain. At the base of the mountain, the spine creates a collision of landforms reinterpreted to become modules, or data halls, that are secure, scalable and connected. At the terminus on the water, the spine emerges as a public element clad in copper, a reference to the area’s copper mining history. This architectural gesture articulates the entrance to the data centre while acting as a gateway to the public waterfront promenade — a physical expression of the company’s commitment to the community.

The massive climate-cooled facility, powered by Norway’s abundant hydropower, will scale beyond 1,000 megawatts of computing power, servicing the rapidly growing global data market. High-speed traffic to continental Europe and as far off as the United States’ East Coast will be routed from the Kolos node through high performance fibre in neighboring Sweden.

“It’s an honour to be part of such a visionary project. Kolos has a deep appreciation for design thinking and the power of design to transform the data centre sector,” said HDR’s President of Architecture Doug Wignall. “With this project they are making a strong statement that in addition to being highly sustainable and technically sophisticated, data centres can also be inspiring pieces of art that are integrated with the community and natural surroundings.”

Within 25 kilometers of the planned site is access to a huge amount of excess clean hydropower, far more than any data centre location in the world. "We can scale up to two gigawatts of consumable renewable power. That's a massive size that our competitors can't touch,” Mark Robinson, co-CEO of Kolos noted.

Kolos’s announced “green” facility in northwest Norway is the latest iteration in a boom of Nordic data centres servicing major network-centric Internet companies. These include a big Facebook facility in Sweden with a second Facebook centre in Denmark, a large Google facility in Finland, two Apple data centres in Denmark, and a recently opened centre in a former mine in Norway used by IBM. Typically, the world’s largest data centres to date — including major facilities in China — have ranged from 100MW to 200MW in terms of total power consumed to power the extensive servers contained within these mega centres.

Numerous transformative technological waves — from mobile to cloud to the Internet of Things, all generating massive amounts of electronic data — are driving the growth in global demand for data centres and the climate-controlled housing of heat producing high-volume servers. The government of Norway, the town of Ballangen and many of the country’s top business leaders have identified data centres as an area of green growth for the local economy with its power surplus.

Kolos is a Norwegian and American company with offices in Norway, the United States and Europe. Their goal is to create the most innovative, energy-efficient and secure data centre in the world — powered by 100 percent renewable energy — in Norway. Designed with input from the community and beautifully integrated into the natural landscape, the Kolos Data Center will be the largest green data centre across the globe, bringing jobs and industry to the community of Ballangen in northwest Norway. Kolos is changing the paradigm in hosting infrastructure, moving away from dense high-cost fossil-fuel driven areas to a region abundant in clean renewable energy. For more information, visit www.kolos.com

For more than a century, HDR has partnered with clients to shape communities and push the boundaries of what’s possible. Our expertise spans 10,000 employees, in more than 225 locations around the world — and counting. Our engineering, architecture, environmental and construction services bring an impressive breadth of knowledge to every project. Our optimistic approach to finding innovative solutions defined our past and drives our future 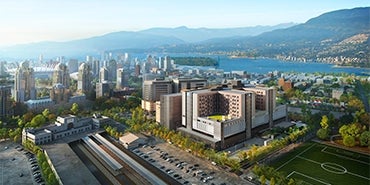 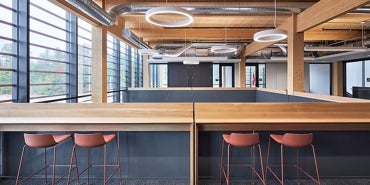 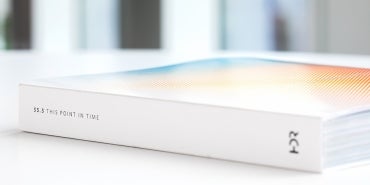