Westminster, Colorado’s commuter rail station was named 2017 Project of the Year by the state chapter of the American Public Works Association. The design team was honored during an awards luncheon in Arvada, Colorado, on Oct. 23. HDR led station design among other components of Denver Regional Transportation District’s Eagle Public-Private Partnership commuter rail project, which opened in 2016.

A crucial node in Denver’s transit network, the station doubles as a key component of the city’s goal to be “the next urban center of the Colorado front range.” Westminster Station is located 9.7 km northwest of downtown Denver in the suburb of Westminster. It shares signature elements with other Eagle P3 commuter rail stations, such as its glass-and-steel elevator, but custom components make it unique among all other stations — such as its 24 by 14-foot pedestrian underpass.

Initially patterned after a utilitarian park-and-ride, Westminster Station underwent a redesign heavily informed by development goals of the community. “The station design focused on creating an amenity and setting the stage for future development, a safe and attractive transit environment for patrons and key connections to new development, transit and open space,” the city wrote in its APWA nomination. “Westminster Station is the foundation of the transit-oriented development area.”

Mixed-use development has already begun to take advantage of the roughly 75 acres of available land surrounding the station, and daily ridership has more than doubled initial projections.

The station features a signature 64-foot, arched, glass canopy that covers the platform. The canopy is illuminated by 60 LED lights, providing more than 16 million color variations that can be programed to project imagery such as the U.S. flag waving on the Fourth of July. The platform itself doubles as an overlook for the new 40-acre, multi-use Westminster Station Park.

To the south, paved pathways offer convenient station access for pedestrians from the adjacent Goat Hill neighborhood. Westminster Station also serves as a bus transfer facility and ties into the Little Dry Creek bike path, demonstrating the city’s mission to support all forms of transportation.

Denver’s first commuter rail network, the Eagle P3 project included some 40 miles of railway, 36 bridges and 14 stations, including the one in Westminster. HDR led design and architecture for all Eagle P3 infrastructure and stations.

“Westminster’s new station is becoming a strong community destination and gathering place,” said James McConnell, HDR Infrastructure + Transportation Architecture director. “Between its design and placemaking appeal, unique features, and its positive impact on the community, we’re excited to see it recognized by APWA, and to have helped the city of Westminster realize its goals.”

Because transit is not one size fits all, we help clients with everything from navigating the FAST Act and other funding alternatives, to managing program development and design, to providing construction management for new and established systems. Our wide-ranging portfolio includes managing the San Diego Mid-Coast Corridor Transit project, the Government Center Station renovation design in Boston, the Relief Line South Project in Toronto and consulting on every phase of the new Kansas City modern Streetcar. In addition to planning and engineering, our experts help clients with strategic funding, economic analysis, public engagement, real estate services, program/project controls, risk management and operations and maintenance.

For more than a century, HDR has partnered with clients to shape communities and push the boundaries of what’s possible. Our expertise spans 10,000 employees, in more than 225 locations around the world — and counting. Our engineering, architecture, environmental and construction services bring an impressive breadth of knowledge to every project. Our optimistic approach to finding innovative solutions defined our past and drives our future. 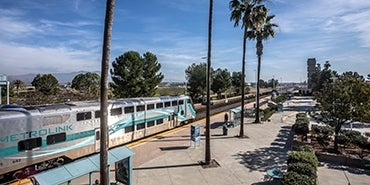 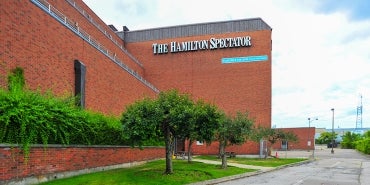 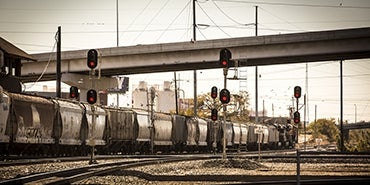