This building, built in the late 1980's on what was once the western edge of the city, had lost its luster in recent years. During this same time, Omaha's metropolitan was migrating westward. As a result, the 9400 Dodge building — once at the western edge — now occupied a nearly dead-center location in the city. The design team was tasked with modernizing the building, including the central atrium and main entries, so that a significant internet retailer would consider occupying nearly 70% of the building space. Investigations into non-traditional interior finish materials led the design team to emphasize the main circulation axis.

The building renovation improved lighting and visibility and created a modern work place environment that is experiencing near 100% building occupancy. 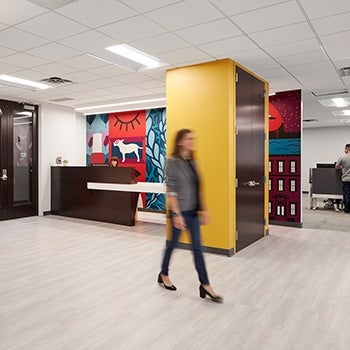 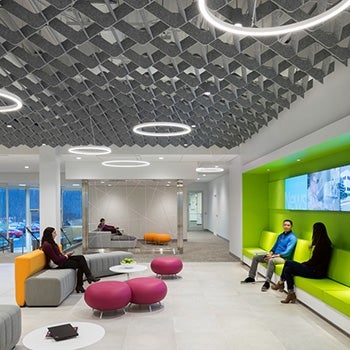 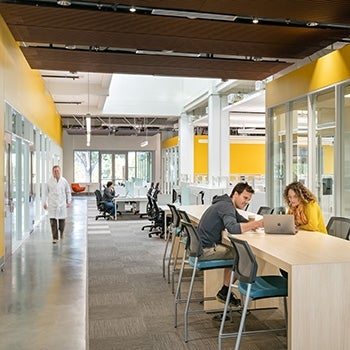