The Infrastructure Investment and Jobs Act provides over $42 billion to states to support broadband deployment to those without access to fast, reliable internet. The recent pandemic confirmed a digital divide separates those who can effectively participate in our increasingly online world and those who cannot. The Broadband Equity Access and Deployment program in the IIJA provides funds to states to help bridge that divide, and in 2023 all U.S. states and territories will complete their plans to implement a BEAD program in their jurisdiction, customized to access needs of their residents.

In this interview, he outlines key issues that states are addressing to improve equity in broadband access while he frames the timing for decisions states need to make as they roll out their IIJA-funded broadband investments.

Q. What’s next with the Broadband Equity Access and Deployment or BEAD program?

A. There are a number of procedural requirements in the BEAD program — a series of milestones that states must hit to unlock the full funding available. The first milestone is complete because all 50 states submitted their letters of interest to participate in the BEAD program and have requested planning funds to support development of the required Five-Year Action Plan. The action plans are due to the National Telecommunications Information Administration within 270 days of the state’s receipt of planning funds, and NTIA is releasing those funds on a rolling basis.

NTIA expects to provide states with their BEAD funding allocations (to actually build out their broadband infrastructure) by June 30, 2023, using the most up-to-date FCC coverage maps (more on the just-released maps a little later). That kicks off another countdown clock for states to develop their initial proposal within 180 days. If NTIA deems their initial proposal complete, states can then draw down 20% of their implementation funding allocation. To access the final 80% of implementation funds, states must then prepare a final proposal.

It’s a lot of processes, but each step builds on the previous one and allows states to access at least a portion of the funding as they progress through the steps. I think it’s ingenious — and I don’t often describe legislation as ingenious.

Q. What are the biggest challenges states are grappling with? Can you give examples of questions that states need to answer for themselves as they shape their programs?

A. It’s fair to say that some of the requirements can challenge state broadband offices that are recently created and still maturing. For example, money that states received under the American Rescue Plan Act of 2021 has a spending deadline approaching that many states are trying to meet. These new BEAD requirements are coming at them while they are still trying to meet ARPA deadlines.

The 270-day timeline to develop the five-year action plan is a challenge as well. Although most states have done some of the work necessary to satisfy the 13 required elements of the action plan, few have done it all and many are bringing in expertise from the outside to help.

Although it’s an aggressive timeline, there’s a path to success if you break it down into phases and ask yourself:

Q. What should everyone understand about how funding levels will be apportioned to states?

A. On November 18, 2022, the Federal Communications Commission published draft broadband maps that detail the current locations of unserved and underserved households. This is important because these maps are the basis for the formula used to determine allocations of BEAD funds. Now that the maps are available, states may choose to challenge the FCC’s data if they believe that it undercounts the number of unserved or underserved households within the state — and try to get more BEAD funding.

There is some higher math involved in the NTIA funding formulas and how it all works isn’t widely understood. 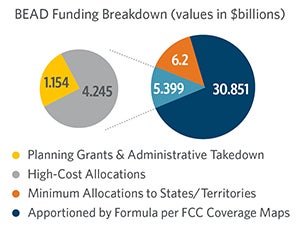 Just over $1 billion is designated for planning grants and administrative costs for the Department of Commerce to implement the program. Another $4.245 billion is set aside for high-cost allocations (what NTIA defines as locations disproportionately expensive to deploy infrastructure).

Q. With overlapping timelines for the action plan and the initial proposal, what strategies should states consider to be efficient with their time in meeting these requirements?

A. Everything that states say in their five-year action plan should be developed with an eye toward what’s required in the initial proposal. For example, as states establish priorities for investment, they should be working with those localities to make sure that the communities and the providers are aligned and ready to apply for grant funds.

NTIA’s requirements on how the grant funds are used and when service must be operational are clearly stated in the law and the notice of funding. This means that states will need processes in place to track grant funds and report back to the federal government on how those funds are being used and if they are meeting performance requirements. All of that can be daunting for agencies unaccustomed to such large grant programs with so many potential grantees. Because of this, it’s important to start designing the grant award and monitoring process as part of the action plan. Provide a framework in the action plan that can be further fleshed out in the initial proposal to support efficient and effective management of the funds and federal requirements.

Similarly, the states should consider opportunities to build partnerships with the private sector to maximize cost-effective deployment and reduce the burden on the state. Since those partnerships take time and expertise to negotiate, states might benefit by bringing in outside help; plus I’d advise starting those discussions early as part of the action plan, if they haven’t already, so that they have a framework as part of the initial proposal.

Q. What is the most important takeaway from all of this?

A. It’s important to take a step back from all of this process and policy and remember that the work that we’re doing to deploy broadband and increase connectivity will substantially improve the lives of the millions of Americans without access. It’s easy to take internet access for granted because it is ubiquitous for much of the population — but one-fourth of our rural population and one-third of our tribal populations lack access to fast, reliable internet. This very real digital divide creates inequities and barriers to opportunity because internet connectivity is integrated into so much of our daily lives for communication, entertainment, healthcare, employment, accessing government services, and so on.

BEAD is about elevating everyone to enable equal participation in modern society. It’s about breaking down obstacles that prevent folks from connecting — whether that be affordability issues, lack of understanding, lack of infrastructure, or anything else. That’s what so rewarding about this work that we are doing — it can truly make such a difference for so many people.

Q: What inspired you to pursue a career in infrastructure policy?

A. I wasn’t always a policy nerd. At one point I wanted to be a marine biologist and study sharks, but I lived in Kansas and, well, not a lot of sharks out there. As a first step, I pursued my undergraduate degree in environmental studies which is about as general as you can get within a particular field. However, there were a few classes that really sparked my interest — Environmental Law and Environmental Policy and Economics. Learning about the law and the decision-making process to develop policy was a game-changer for me. Since then, I’ve continued to seek out opportunities where I could work with legislation, regulations and policy. I’ll be the first to admit that reading legislative text can be a bit dry but there’s a certain energy you get from reading the text and trying to figure out how that’s going to work in the real world and then tracking the agencies as they do the work.

A. Policy work is best done with experience both as a creator of policy and one who is delivering projects under those policies. I’d say to spend time in both the public and private sector to better understand the dynamics at play. Too often policies created with the best intentions miss the mark because policymakers didn’t consider or understand the challenges with implementation. That’s why working on both sides of the equation is so important, regardless of where you ultimately spend most of your time.

Each Experts Talk interview illuminates a different aspect of transportation infrastructure planning, design and delivery. Check back regularly to discover new insights from the specialized experts and thought leaders behind our award-winning, full service consulting practice 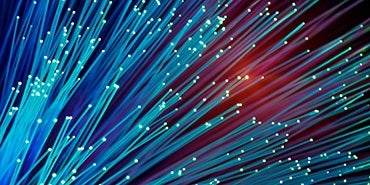 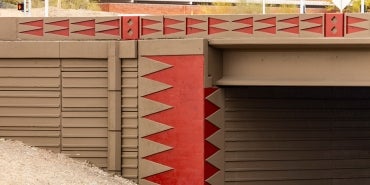 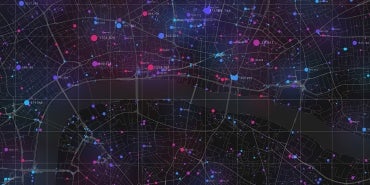