Mississauga’s Lakeshore Road Corridor is a vital transportation route for the tens of thousands of people who live and work in the area and depend on it for their daily commute. Located about 30 miles southwest of Toronto, and bordering the Lake Ontario shoreline, use of the 8-mile stretch promises to surge when planned developments bring an estimated 56,000 additional people and 16,500 new jobs to the region. For Mississauga city officials, the rapid expansion presented complicated challenges for an area already experiencing gridlock.

To prepare for that expected growth, HDR worked with the city to develop a transportation master plan.

The new Lakeshore Connecting Communities Master Plan is a three-phase approach that provides transportation options and mitigates the traffic congestion that would typically accompany a redevelopment project expected to add nearly 11,000 new residential units and 300,000 square feet of retail space.

Approved by the Mississauga City Council on June 6, phase one is scheduled to begin this year and conclude in 2025; it will improve transit service by increasing both the capacity and frequency of local bus service. Phase two, slated for 2025-2041, adds protected cycle tracks, wider sidewalks, greenspace and further expands the area’s transit capabilities with dedicated bus lanes and signal upgrades. Phase three, planned for post 2041, will bring an extension of rail-based transit to the area. The first two phases are expected to cost between 165 million-262 million Canadian dollars ($123 million-$195 million), while phase three numbers are still to be determined.

Transportation planning lead Tara Erwin said the master plan for the high profile project is a great example of teamwork for the greater good. “The level of collaboration involved in this project has been remarkable," she said. "Stakeholders were able to come to a consensus and support a complete streets solution that works for the majority of corridor users, so it’s a major win for the community.”

The master plan’s long-term vision encourages active transportation, presents multi-modal options and provides desperately needed solutions for Lakeshore Road, as well as greater south Mississauga, which is expecting a 40% population increase and a 75% increase in employment by 2041.

Read more about the plan in this recent article published by Novae Res Urbis. 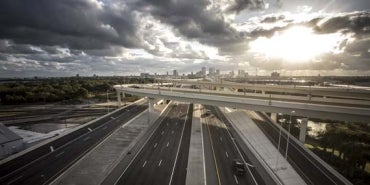 Next Generation Managed Lanes: Adaptable, Flexible Roadways of the Future
In the Media 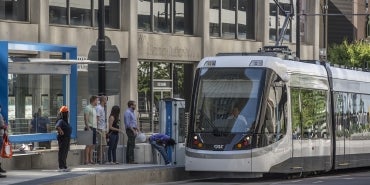 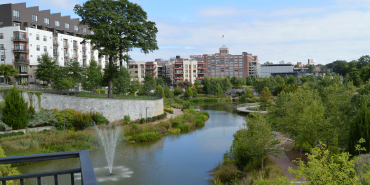 The Value of the Envision Conversation