Sustainable Ports in a Changing World

On June 26, 2016, the container vessel named Cosco Shipping Panama made the first official passage through the newly expanded Panama Canal. The much-anticipated completion of the Panama Canal Authority’s $5.25 billion project to modernize and expand this 102-year-old landmark heralds a new era within the maritime industry. This project doubled the capacity of the Canal, and enables an increase in both the number and size of ships that can pass through it. This could result in the transport of an extra 4.4 million to 8 million containers per year.

Building bigger boats is the easy part. Expanding the transportation network is significantly more difficult. It can take many years for ports to secure the necessary funding, land acquisition, and regulatory approvals to expand and upgrade the waterways, rail, and highway infrastructure required to handle all of those containers and cargoes.

Many U.S. ports have been working diligently to prepare themselves for the anticipated increase in activity in order to remain competitive and keep up with the demands of global trade. At the same time, increased awareness about environmental impact, climate change, and the need for resiliency in design has resulted in U.S. ports becoming more committed to sustainability as they rehabilitate, update, and replace aging infrastructure and equipment.

I’m proud to say that HDR is actively involved with sustainability in the ports and maritime market sector. As a prime example, we are excited for the grand opening in October 2017 of the dedicated freight corridor and  Memorial Park at the Conley Container Terminal in Boston for the Massachusetts Port Authority. The 3,300-foot dedicated haul road and bridge will remove 900 trucks a day from south Boston residential streets; provide improved stormwater collection and treatment; construct a new highway sound barrier for noise reduction; implement the use of LED lighting at the facility; and create a 4.2-acre landscaped buffer, which will provide this dense urban neighborhood with a highly desired public open space. In addition, the project is being built on approximately 50 acres of brownfield industrial property, which is adjacent to the existing 100-acre terminal. The property is undergoing a final environmental cleanup as part of the project.

A key aspect of the project was the planning and design of the Memorial Park buffer, which involved active participation from a design advisory committee comprised of local residents. The project will create more than four acres of public open space in a dense urban neighborhood, and it will connect existing city parks with elements of Boston’s revered Emerald Necklace (a 1,100-acre chain of parks linked by parkways and waterways) along the harbor.

Within the past several years, major ports across the nation have become increasingly committed to implementing sustainable guidelines for both new and existing facilities, and they have developed their own sustainability guidelines and standards for architects, engineers, and planners. Several of our clients, including the Port of Long Beach, the Port Authority of New York and New Jersey, and the Massachusetts Port Authority, are leading this trend, and are implementing programs to minimize their impacts on air, water, wildlife, and local communities. These programs include the development of:

I’m looking forward to seeing what we can do next! 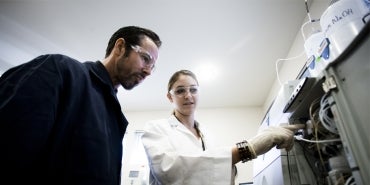 Our One Water Institute: Collaboration
Blog 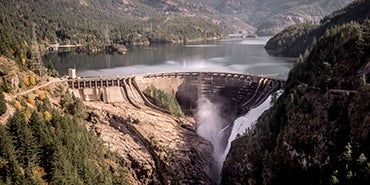 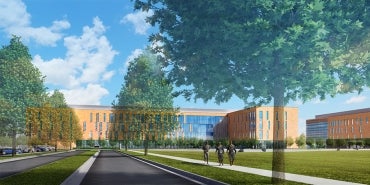