The Interstate 80 Automated Corridors Planning Study is the first such study done in Iowa and one of the first in the country to fully consider the impact of automated vehicles at the corridor level. This innovative data driven research based study was undertaken to inform the future design of the expansion of the nearly 250 mile, rural I-80 corridor to best address safety and mobility needs of all freight and passenger travelers. Guiding principles for the study include balancing mobility and access, designing for future needs and right-sizing the corridor, which is anticipated to see traffic increase by 15,000 to 25,000 vehicles per day by 2040. Key study findings included reducing the number of crashes by up to 59 percent through vehicle technology and improved mobility and operations for all users due to more efficient operations with automated vehicles. The study also considered “future proofing,” where future uncertainty was considered in the recommended design of Interstate 80 to provide flexibility to accommodate a wide range of options identified in the scenario planning process.

The CBIS East System Interchange Bridges Project is part of the CBIS Improvement Program, a $2 billion effort that will reconstruct most of the Council Bluffs Interstate System including Interstates 80, 29 and 480. The East System Interchange Bridges project will address capacity needs, improve safety and correct functional design issues on this interchange and the South Expressway/IA 192 interchange. The project, which includes five bridges over 8,800 feet in total length, involved extensive public participation and coordination with railroads and other stakeholders. Bridges were opened in October 2017 and overall construction is expected to be completed in early 2018. Reconstruction also includes straightening I-80 through the interchange to improve efficiency.

The Marshalltown Generating Station is one of the top five most efficient power plants in the country. At $645 million — nearly half the projected cost of a comparable coal-fired facility — Marshalltown is the most sustainable, affordable fossil fuel fired power plant Iowa has ever had. It will emit less than half the carbon dioxide, two-thirds less nitrogen oxides and roughly 99 percent less sulfur dioxide and mercury than traditional coal-fired plants of comparable generating capacity. It will also use 90 percent less water. It also earned recognition from the Institute for Sustainable Infrastructure as the first Envision Platinum verified project in Iowa.

The 20th and 25th Avenue Pump Stations and Force Main Replacement Project addressed stormwater runoff and combined sewer overflows that discharge directly to the Mississippi River during wet weather. Separating the sewers in these basins included construction of a new 100-million-gallon-per-day stormwater pumping station and two new sanitary sewer pumping stations with a common force main. The project also installed a variety of stormwater best management practices in an area including the Lyons Business District, Clinton’s historic “second downtown.” The project is credited with helping the City of Clinton being named the 2016 River City of the Year. The project was also named Project of the Year by the Iowa Floodplain and Stormwater Management Association.

About HDR
For more than a century, HDR has partnered with clients to shape communities and push the boundaries of what’s possible. Our expertise spans 10,000 employees, in more than 225 locations around the world — and counting. Our engineering, architecture, environmental and construction services bring an impressive breadth of knowledge to every project. Our optimistic approach to finding innovative solutions defined our past and drives our future. 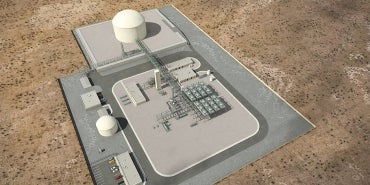