Two HDR power projects are finalists for this year’s Platts Global Energy Awards, Engineering Project of the Year: Holland Board of Public Works’ Holland Energy Park in Holland, Michigan, and Alliant Energy’s Marshalltown Generating Station in Marshalltown, Iowa. HBPW and Alliant Energy are two of the U.S.-based projects among a pool of energy companies from 37 countries. Winners will be announced on December 6, 2018, at a black-tie event in New York City.

The building’s modern design creates a picturesque gateway to the city, and outside the plant an open, public space connects to a trail system complete with walking paths, extensive natural greenery and restored native wetlands. Promoting community involvement in the project, Holland Board of Public Works invited a blue ribbon panel of educational, environmental and community leaders to help shape Holland Energy Park into a destination and world-class resource. The result is impressive — a sustainable, long-term energy source that serves as a community education hub.

Marshalltown Generating Station is one of the top five most efficient power plants in the country. At $645 million — nearly half the projected cost of a comparable coal-fired facility — Marshalltown is the most sustainable, affordable fossil fuel-fired power plant Iowa has ever had. It will emit less than half the carbon dioxide, two-thirds less nitrogen oxides and roughly 99 percent less sulfur dioxide and mercury than traditional coal-fired plants of comparable generating capacity. It will also use 90 percent less water. It also earned recognition from the Institute for Sustainable Infrastructure as the first Envision Platinum verified project in Iowa. 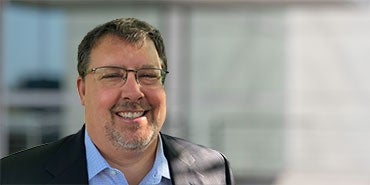 James Shapard to Lead Siting and Routing at HDR
News 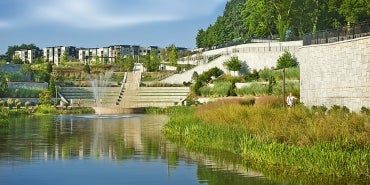