HDR’s Timothy Dougherty, P.E., was the 2019 recipient of the American Society of Civil Engineers' 2019 Professional Practice Ethics and Leadership Award, an honor that goes to an engineer who embodies leadership in professional practice and ethics.

“His composure and integrity are exemplary and through his leadership and mentoring have served as a benchmark for many young professionals,” said ASCE’s award letter.

ASCE’s president-elect, K.N. Gunalan, nominated Dougherty for the honor. The award recognizes a lifetime of achievements or a particular achievement that demonstrates superior ethics and leadership. The winner is chosen by a six-member panel of engineers from ASCE and the Geoprofessional Business Association.

“Like most engineers, I observed how my role models and mentors decided to apply the right moral principles in their work for the good of the profession and the public who trust and rely on engineers. How we act, when faced with making an ethical decision, will be observed by others and repeated,” said Dougherty, HDR’s transportation alternative delivery director. “I am very proud to have been nominated by a fellow civil engineer and to be awarded the 2019 ASCE Ethics and Leadership Award.”

Dougherty received the award in Miami at the organization’s annual meeting in October.

“We’re fortunate to have engineers of Tim’s caliber at HDR,” said Transportation Group President Brent Felker. “Beyond his expertise and industry knowledge, Tim is committed to our profession’s code of ethics, and he sets the bar high for all of the teams he works with both inside and outside of HDR.”

Dougherty has been an industry leader in alternative project delivery methods for more than 20 years. Since 1997, he has managed a succession of large, complex environmental and design assignments, representing a total construction value of more than $20 billion.  At HDR, Dougherty leads our global alternative delivery practice that provides design-build solutions for large, complex infrastructure programs in all transportation markets. He has been instrumental in the negotiations or delivery of the I-15 CORE interstate project in Utah, Eagle P3 commuter rail project in Denver, Gov. Mario M. Cuomo Bridge in New York, I-4 Ultimate project in Florida, LAX automated people mover, and the Hampton Roads Bridge Tunnel project in Virginia. 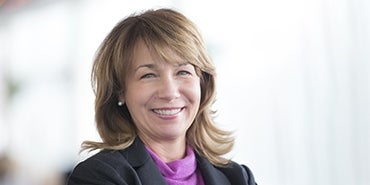 Carrie McInerney to Lead Transportation Technology Practice in the Northeast