HDR and Holland Board of Public Works will join Engineering News-Record at its Award of Excellence Program March 21-22 in New York City to recognize Holland Energy Park as Energy/Industrial Project of the Year.

The recognition is the culmination of a year-long effort put forth by dozens of industry judges and the ENR editorial team to identify the pinnacle of design and construction achievement in the entire U.S., among projects completed between May 2017 and May 2018. The competition began last March with a call for entries to the construction industry, which resulted in more than 820 project teams submitting their work to the regional Best Projects competitions.

“It’s been amazing to see the story of Holland Energy Park unfold over the years," said Bill Barnhart, Power sector director at HDR. "What this team has accomplished is nothing short of spectacular and is setting a new bar for power generation facilities of the future. Holland has proven that a power plant can absolutely be an integral part of its community and an asset in more ways than one."

The Holland Board of Public Works partnered with HDR as its owner’s representative to create the $240 million Holland Energy Park. Marking a paradigm shift in the power industry, the 145-megawatt combined cycle natural gas plant is the first power plant to earn the Envision Platinum rating from the Institute for Sustainable Infrastructure, the highest rating possible. Holland Energy Park reduces carbon emissions by 50 percent and virtually eliminates solid particle pollutants.

The building’s modern design creates a picturesque gateway to the city, and outside the plant an open, public space connects to a trail system complete with walking paths, extensive natural greenery and restored native wetlands. Promoting community involvement in the project, Holland Board of Public Works invited a blue ribbon panel of educational, environmental and community leaders to help shape the park into a destination and world-class resource. The result is impressive — a sustainable, long-term energy source that serves as a community education hub. 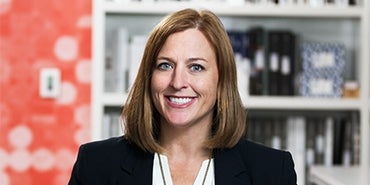 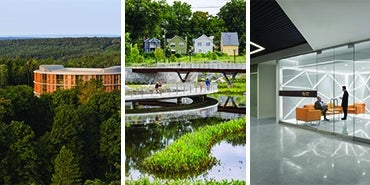 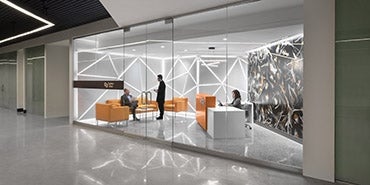