Deep into Kentucky coal country, almost 100 miles from Lexington through the Daniel Boone National Forest is Manchester — a small town in Clay County, which was named “the hardest place in America to live,” in Alan Flippen’s 2014 New York Times article, “Where are the Hardest Places to Live in the U.S.?”

AdventHealth Manchester Hospital sits north of Manchester’s Main Street on the banks of Goose Creek, and on a Friday in late August over 350 people attended a groundbreaking ceremony for a new surgery expansion. The current 350 square foot operating rooms were built in 1971 and are not equipped to handle specialty surgeries, forcing patients to travel either to nearby Hazard or make the long drive to Lexington.

AdventHealth Manchester is a faith-based hospital that is going way beyond traditional medical care to help this community. In partnership with HDR, the organization is on a mission to increase specialty services through a surgery expansion and create a state-of-the-art care environment that attracts specialists to the area.

The hospital draws patients from four surrounding counties, all of whom will soon have access to orthopedics and spine, sports medicine, urology, ear, nose and throat, endoscopy, podiatry, ophthalmology, OB/GYN and general surgery services. They have partnered with local organizations to identify people living in unsafe homes and have opened a rural health clinic and a surgery center.

But why now? Why Manchester?

“Rural eastern Kentucky has been decimated in the last decade or two with loss of jobs, huge rates of unemployment and, of course, the opioid epidemic,” said Chris Self, CEO of AdventHealth Manchester. “Our little town has taken a hit.”

When the local economy took that hit, the community and their healthcare provider AdventHealth had a decision to make: move on or double down.

“We’re driven to be that comeback story,” Mr. Self said. “From the hardest place to live on the list to a story about how this group and this community has partnered with companies like HDR and utilized federal grants to revitalize itself.”

Manchester is now part of AdventHealth’s Global Mission initiative. Volunteer mission groups work on a variety of projects within the community and, through fundraising and investments, revive the economy through capital projects.

Following the groundbreaking, the hospital held its employee appreciation day with food, music, games and a virtual reality setup so that community members and hospital staff could see the surgery expansion in the virtual environment.

“They can actually see what we’re designing and it makes it real,” Mr. Self said. “And with this event, with our work, and our partnership with HDR to bring this project to life, the people can see that we’re committed to bringing this community back to life.”

The community itself, in partnership with the hospital, has taken steps through advocacy and public policy to trigger economic development. They are fighting the opioid epidemic and providing housing to addicted pregnant mothers with Volunteers of America. They are seeking and attracting new business to revitalize their economy. They are hosting forums and open conversations with key community leaders. Local residents are proud of the place they call home and are working together to reverse the narrative.

The New Surgery Expansion at AdventHealth Manchester is under construction and is set for completion in the spring of 2021. 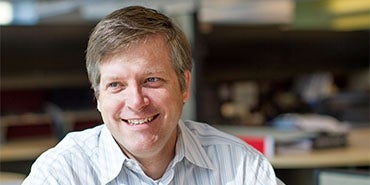 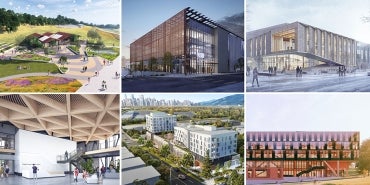