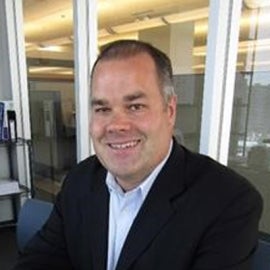 “The adoption of autonomous and connected vehicles will reshape how cities, universities and transit organizations organize and build the transit world of tomorrow. Understanding and working with clients on the deployment of these new technologies will be critical for our clients and our communities.”

With more than a decade of experience, Chris is passionate about transforming transit by embracing the technology changes occurring in the transportation industry and driving integration of innovative applications to improve operation and customer experience. As an automated and connected vehicles systems project manager, he works with our teams and clients to understand the impacts and benefits of technology adoption to help with the planning and practical application of new AV/CV technologies in our transit systems.

A recent project was the University of Wisconsin and American Family Insurance autonomous shuttle route project where Chris led the engagement of an initial AV pilot study in the city of Madison. This pilot involved transporting people on a predetermined path after extensive research to determine the viability of the route based on a number of factors including environmental and technological. Due to the success of the initial pilot, a full-scale deployment of shuttles followed. Chris provided leadership to the National Highway Traffic Safety Administration on their development of an autonomous shuttle testing program for the United States Department of Transportation. It involved the development and deployment of an autonomous shuttle at the Transportation Research Center and the creation of new Federal Motor Vehicle Safety Standards for Low-Speed Autonomous Vehicles.

In addition to Chris’s work in the public realm, he previously served as the director of business development for a French autonomous and electric vehicle manufacturer. In this role, he successfully built a team and grew the firm’s presence in North America to a multimillion-dollar business in less than a year.

Engaging with other transit leaders from across the industry, Chris presented on the Future of Autonomous Vehicles at the Trapeze Technology ThinkTransit conference in May 2018 in Nashville, Tennessee.