As the program management consultant to Valley Metro Rail, we managed preparation of the draft and final environmental impact statements that resulted in a favorable Record of Decision by the Federal Transit Administration. The team also developed the FTA New Starts report to justify the project and secure a $587 million Full Funding Grant Agreement. We also oversaw the planning, engineering, architecture, real estate and utilities components of the $1.3 billion project, as well as the public involvement and coordination program. In addition, we designed Line Section 5, the longest and arguably most technically challenging segment, which begins in Tempe, runs through Arizona State University and extends to Mesa.

We served as the project's financial consultant. In this capacity, we assisted Valley Metro Rail through the alternatives analysis/DEIS, the preliminary engineering/FEIS and preparation of the financial plan in support of the Full Funding Grant Agreement. 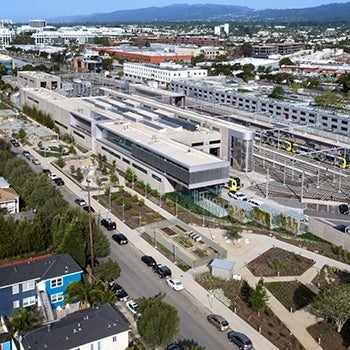