After countless accidents and traffic snarls, the North Carolina Department of Transportation decided it was time to improve the I-85 corridor in Davidson and Rowan Counties. The corridor’s crash rate was 77 percent higher than the average crash rate for similar roadways in NC, earning this project the ranking of North Carolina’s No. 1 mobility project. HDR | ICA’s successful execution of the project increased the safety of the traveling public and reduced crash rates by 75 percent.

The NCDOT awarded the $65.5 million design-build contract for Phase Two of the project to the Balfour Beatty, Austin Bridge & Road and HDR | ICA team. The team was assigned to widen 3.8 miles of I-85 from four lanes to eight lanes just north of the N.C. 150 interchange to north of I-85 Business and to reconstruct the interchange of I-85 at Belmont Road. Structures work included the removal of the existing Clark Road interchange and replacement of the existing 2-lane bridge to a 5-lane structure also at Belmont Road.

This stretch of I-85 is the most direct and heavily traveled route between Richmond and Atlanta, carrying nearly 70,000 vehicles per day with traffic counts projected to increase to 144,000 by 2030. Commercial truckers constitute about 26 percent of the traffic along this stretch, making this an extremely important route connecting commerce along the east coast. Maintaining traffic along the high volume corridor proved to be a challenge that required several innovative solutions from our team during the widening.

At the time, there was no funding for this project. Governor Bev Perdue came up with the N.C. Mobility Fund in June 2010 to make this project happen. It generated $173 million for transportation projects that met statewide or regional needs. The funding came from unused gap funds and reductions in the amount of money transferred from the Highway Trust Fund to the General Fund. Phase two of the I-85 Corridor Improvement Project was the first project to receive support from this new revenue source. 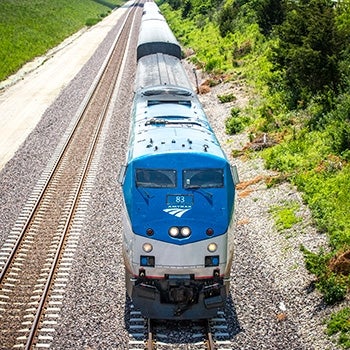 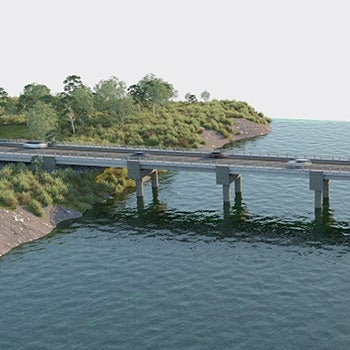