This essay was originally published in 33.3 This Point in Time, the fourth publication in HDR’s Opacity annual design review. While written in late 2019, this essay’s examination of the role of automobiles in our cities remains relevant as the world seeks to rethink the post-pandemic future of community design. 33.3 includes the voices of six prominent design journalists and critics who reflected on fundamental design principles: context, form, materials, program, space, and sustainability. Like the Opacity initiative itself, the essays are intended to foster dialogue and discourse, sometimes challenging the very essence of conventional precepts in order to advance critical thinking. The following essay explores forward-thinking planning strategies for the urban form.

On August 8, 2019, Minneapolis passed a truly groundbreaking law for an American city — it banned drive-thrus. The decision sounds on the outset like it was pushed exclusively by nutritional lobbyists to shut down fast food restaurants: a moratorium on Whoppers while behind the wheel. But it turns out that by nearly every metric, a drive-thru is one of the worst possible ways to use space in cities.

Let’s start with the building itself. Even in the densest of cities, a drive-thru is almost always a single-story structure, ringed by surface parking lots. Now add idling cars, which emit additional carbon pollution into the warming atmosphere. Vehicular emissions also contain noxious gases like ozone, which in close, prolonged proximity can cause lifelong health issues. And that’s not the only public health risk. Due to the high volume of vehicles using multiple entrances and exits around drive-thrus, people on the immediate streets and sidewalks are more likely to be hit and killed by cars.

Looking at the data we now have on this ubiquitous fixture of the American landscape, it’s shocking that any city allows drive-thrus to continue to operate at all. But is it really that shocking? For the past 100 years, every element of U.S. architecture has been built or retrofitted to accommodate motor vehicles. From our clogged freeways, to our infinite blacktop lots, to our garages stuffed with SUVs, cars are baked into the built environment.

Now we must completely rethink our auto-centric legacy — and fast. Transportation emissions are the U.S.’s largest source of greenhouse gases. Air pollution kills more Americans than smoking. More people die in this country from car crashes than guns. Designing a piece of infrastructure to serve cars is unsafe, unsustainable, and, knowing what we know now, it’s simply unconscionable.

But how do we design cars out of our communities when the typical American city is essentially just one big drive-thru? According to national transportation data, 45 percent of all vehicle trips that Americans take are three miles or fewer. Shifting a majority of those short trips made by car to walking, biking, scooting, and transit-riding could have a dramatic, immediate effect on emissions, air quality, and traffic deaths in the United States. To make that shift relies on public infrastructure investments like wider sidewalks, safer bike lanes, and more bus shelters. But it also means that people using those modes are prioritized on either ends of their journeys — from the moment they step out their doors, all the way to their destinations.

Imagine tree-lined planted promenades leading to the main entrance of every building. Boundless bike racks staffed with bike valets. Transit stops that sensitively integrate seating and shade, not clunky off-the-shelf afterthoughts. To say it’s impossible to retrofit cities, consider that virtually every entrance to every building in this country is required to build a wide, gently sloping, well-maintained pathway that’s essentially off-limits to anyone who is not operating a one-ton vehicle.

But a driveway is never just a driveway. It’s also a garage. And a parking space at the strip mall. And another one waiting in a downtown structure. Space for cars begets more space for cars. And cities keep requiring more of it. The most famous example of this is Apple Park, the tech company’s Norman Foster-designed headquarters in Cupertino, California. It’s considered one of the world’s greenest buildings. Yet, for 14,000 employees, there is parking for 11,000 cars. There is more square footage devoted to parking than office space. Sadly, this aligns with a nationwide trend: For every car in America, there are eight parking spots. Combine all these spots and you’d have a parking lot that equals the size of West Virginia.

Now, technically, the architect isn’t to blame. In Cupertino, as in most places in the United States, parking requirements are dictated by the city. But this is exactly the role architects must play in a time of crisis. To persuade their clients to change the rules. To protest archaic city policies. To propose parking maximums — not parking minimums.

Luckily, some traditionally car-focused structures are being built with a better future in mind. Parking structures are no longer designed with sloped floors, allowing them to easily be converted into living or working space. Surface lots are being reclaimed as flexible public spaces that can serve the community instead of just accommodating motionless vehicles. Garages are being turned into backyard homes, helping families live more closely to desirable, walkable neighborhoods. And instead of guaranteeing free parking, workplaces are providing access to electric car share systems, fleets of electric cargo bikes, and transit passes that are automatically topped off every year. In each of these situations, cars are still allowed. The difference is that the car is no longer the default — it is a carefully considered, slow-moving, zero-emission guest.

Critics of these ideas might argue that they are not as convenient as our car-dominated status quo. But convenient for whom? One-third of Americans cannot or do not drive, and not all of those people can afford to pay someone to do it for them.

It’s time to reconsider every drive-thru, every strip mall, every driveway, every garage, every valet stand, and every parking structure for what it is — a relic of an unacceptable past that is holding us back from a more inclusive future. Reorienting cities away from cars is an opportunity to design places with less pollution and fewer crashes, but it’s also a chance to finally create spaces that are truly accessible to all.

That’s because prioritizing cars over people is fueling another crisis. Every space we devote to storing cars is space that can’t be used for housing people. Parking requirements not only limit the habitable size of buildings; they also make construction more financially onerous, meaning those costs get passed down to residents. Higher housing costs and fewer available units mean people must live further and further away from the places they need to go. Forced to choose between a home and a car, some people opt to live in their vehicles. After all, cities have plenty of places to park.

Why Opacity Matters
Opacity and the Importance of Listening
CONTEXT: The View from 35,000ft
MATERIALS: A New Age of Material Invention is Dawning
PROGRAM: Towards the Post-Programmatic
SPACE: Building Connections in a Digital World
SUSTAINABILITY: Charting the Ascent of the Sustainability Paradigm
Services
Architecture
Related Insights
Page 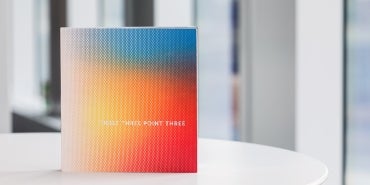 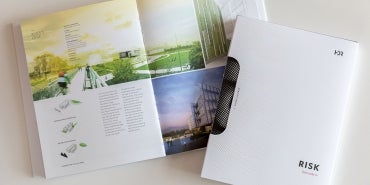 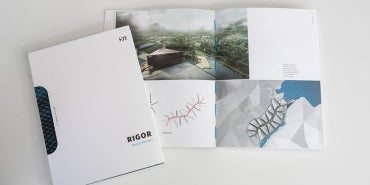