This project was developed by Defence to retain HMAS Penguin as an operational and sustainable Defence base for the long term and to increase efficiencies in operation/command capability of all organisations involved. There are three major user groups associated with the Project: the Commanding Officer HMAS Penguin support staff, the Royal Australian Navy Diving School (RANDS) and the Submarine and Underwater Medical Unit (SUMU).

The waterfront precinct of the HMAS Penguin base Mosman is where the major portion of the development is located. Sensitivity to the surrounding environment and dominating residential waterfront areas were paramount. Careful consideration was taken in relation to building forms and materials and siting of the new buildings to minimise the potential impact upon the surrounding environment. A similar concept has been adapted at the Pittwater Annex which was being refurbished and upgraded.

The language and expression of the new and refurbished buildings of the waterfront precinct have been sensitively designed to integrate the new buildings into the existing environment, but also establish a language and architectural expression which will be reinforced over time. The existing waterfront heritage buildings are able to maintain their prominence via their site context, form and light colour.

The use of contemporary materials and construction methods serve to express developing progress while maintaining a language that is complementary and integrated with the heritage principles and topography of the site. 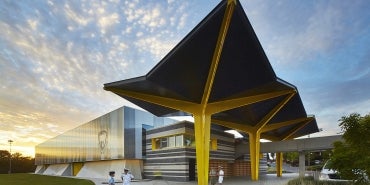 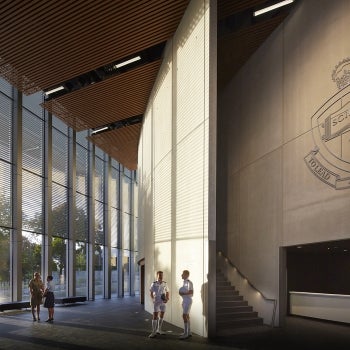 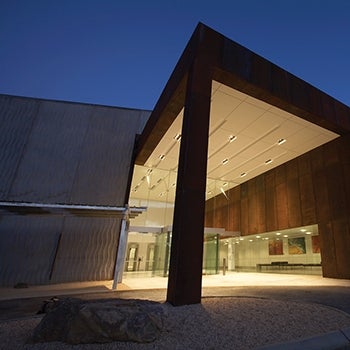 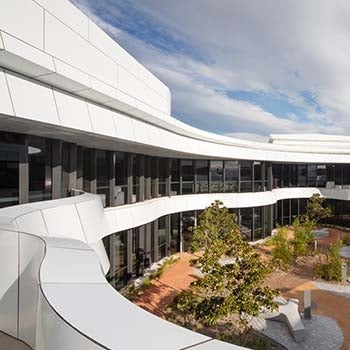 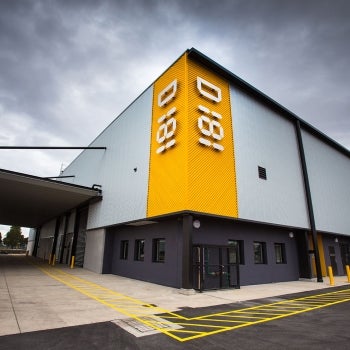