Inspired by the desire to achieve more than just create a building, the GPT Group’s Wollongong Central is the tale of an urban transformation – the creation of a series of new spaces and activities that integrate the surrounding streets and the city center. The Illawarra region is characterised by a unique dichotomy – the perception of a tough and gritty town defined solely by its history as a steel town, and a rich, almost achingly beautiful landscape held tightly between the rainforest clad escarpment and the Pacific Ocean. This friction defined the architecture of the building: a heroic, engineered and precise outer shell reflecting the man-made, which unfolds to an interior space that is warm, organic and sensual, reflecting the natural.

Fundamentally, this development is about connection to place, to light, and to the city. The building connects the northern and southern parts of the city via a soaring five storey timber public street, knitting together existing and future parts of the city. The street’s undulating forms evokes an escarpment; the curve appears to open and close, permitting light and shadow to fall. This connection of the built-form out (rather than the typical inward-looking model) was vital in establishing a cohesive response to the life of the street and then of the city. 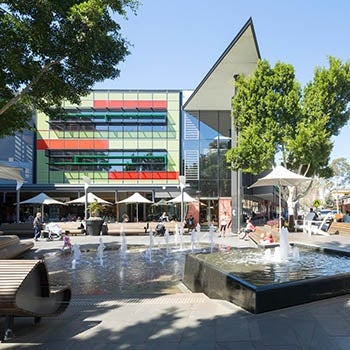 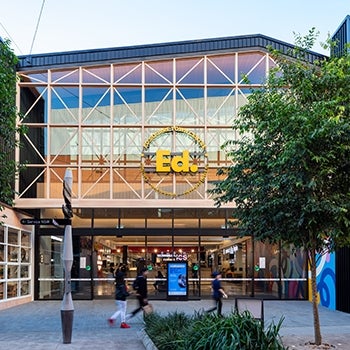 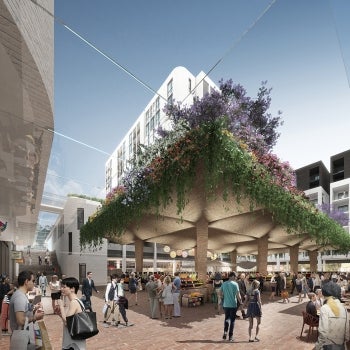