BC Cancer Agency Centre for the North

BC Cancer Agency Centre for the North

The BC Cancer Agency Centre for the North is part of the Northern Cancer Control Strategy, a partnership of the BC Cancer Agency, Northern Health Authority and the Provincial Health Services Authority. The project team was led by Plenary Health, and worked under the Public-Private Partnership (PPP) model to build, finance and maintain the new 54,000-square foot facility. HDR led the facility’s design.

Located on the campus of the University Hospital of Northern British Columbia in Prince George, the Centre for the North provides cancer treatment services to the residents of Northern BC. The facility includes two linear accelerators that are used in the delivery of radiation therapy, a computerized-tomography (CT) simulator, a chemotherapy treatment department, a pharmacy, outpatient clinics, staff offices and an underground parkade.

The Centre for the North was designed to provide a supportive healing environment. To honour its location in Northern British Columbia and the vibrant First Nations presence in the region, the facility’s design reflects the regional culture and community, reflected in the landscaping, artwork and overall design aesthetic.

The facility’s design emphasizes the importance of wood as a key building material by incorporating several large-scale wood elements, including cedar cladding and a timber canopy at the main entrance. Western Red Cedar is used on the building’s exterior, and the interior features linear wood wall panels. The rounded heavy timber post-and-beam construction at the main entrance canopy is influenced by the traditional architecture of the First Nations of Northern British Columbia. 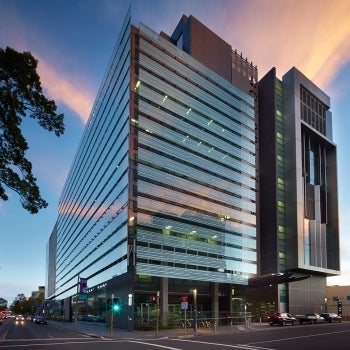 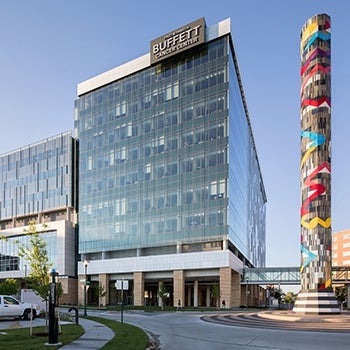 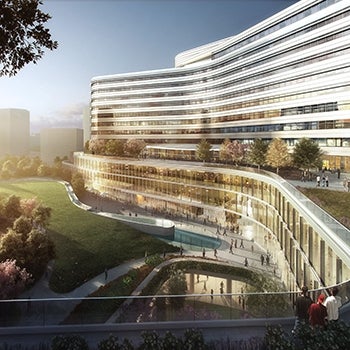