As that traffic increased, the Missouri Department of Transportation saw the need for the bridge to be widened, expanding the eastbound bridge to five lanes. A new overlay was also needed, as the bridge’s unconventional deck design was infamous for its poor riding surface and its need for almost continuous maintenance.

HDR served as the preliminary and final bridge designer for MoDOT’s $54 million Poplar Street Bridge widening and rehabilitation, solving both problems. The longest, heaviest existing bridge slide in the U.S. made room for an extra lane, and an alternative to typical overlay materials improved durability on a bridge with unique considerations.

To improve operations at the busy I-64/I-55/I-70 interchange, the bridge needed to expand to five eastbound lanes. But a conventional widening approach had been rejected multiple times as cost prohibitive. And as a busy thoroughfare, the road could not be closed for long periods of construction. Our designers came up with a solution that was known locally as “St. Louis’ Big Slide.” The entire 2,165-foot, 20.4-million-pound eastbound structure was picked up and moved 9 feet south on its existing supports. The westbound and eastbound bridges were then connected to expand the eastbound lanes. The eastbound bridge was closed to traffic for a single weekend to accomplish the feat.

The entire slide procedure took place on Saturday, March 31, 2018 in about 2.5 hours, including the 30 minutes it took to initially break free. The bridge was moved approximately 12 to 18 inches at a time, taking about 90 seconds per push, then stopped for 15 minutes to reset. After the slide was completed, temporary plates were placed across the expansion gap in the deck, allowing it to reopen the following day.

This approach saved approximately $5 million over conventional widening and eliminated in-river work. While bridge slides have become more commonplace in industry, moving an existing bridge of this size over a major river was unprecedented at the time. 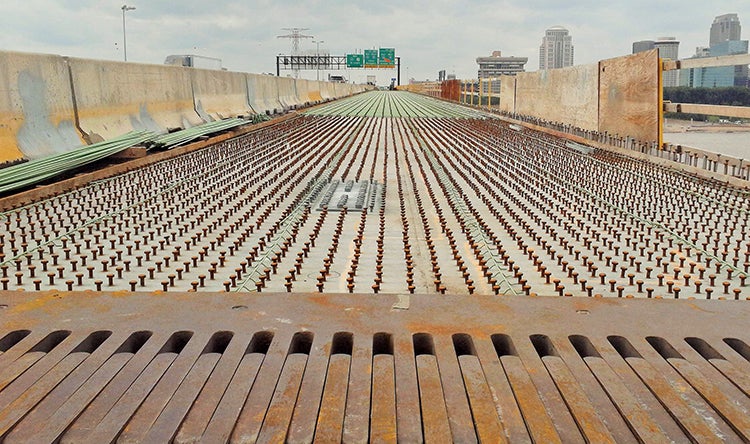 HDR also proposed an alternative solution to typical overlay materials. The bridge’s orthotropic design meant it was built with an asphalt surface on top of a steel deck plate, rather than a typical concrete deck. This made the bridge considerably lighter, but it also led to years of maintenance issues. When the asphalt riding surface degraded and came loose, vehicles would drive on the underlying steel, unsafe during wet weather. When the asphalt overlay failed, it also led to increased flexibility in the deck, making the deck plates susceptible to fatigue cracking. 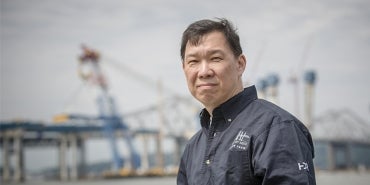 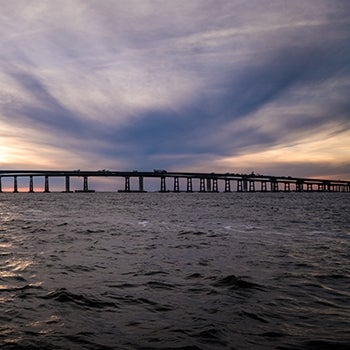 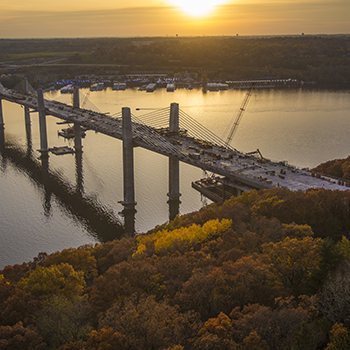 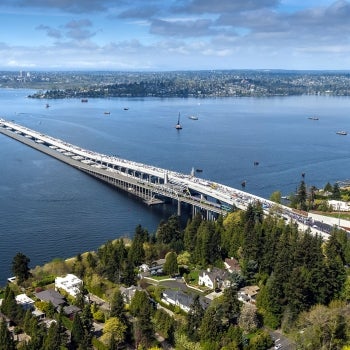 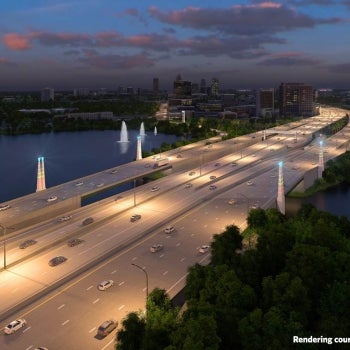