The Tommy Douglas Branch Library, part of the Burnaby Public Library, serves the diverse Edmonds Town Centre neighbourhood with a catalogue of over 80,000 books and reference materials.

The design of the facility emphasizes openness and accessibility. The main collections room is an expansive space with a high ceiling that reaches almost 28 feet. Exterior glazing adds to the sense of transparency and connectivity between library patrons and pedestrians outside.

The library has been described by visitors as “light and airy,” and “bright and welcoming.” It is achieving its goal of providing the community with a social gathering place that encourages reading, research and interaction. According to library statistics, Burnaby residents borrowed 33% more items from the new Tommy Douglas Library in its first full month of operation than they did from the former branch in a comparable month, evidence that the library has opened a successful new chapter for residents of Burnaby. 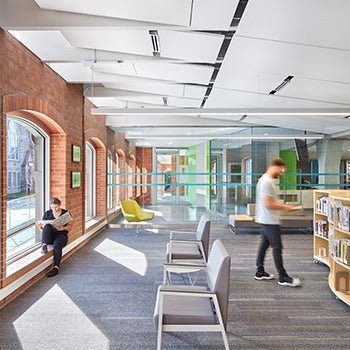 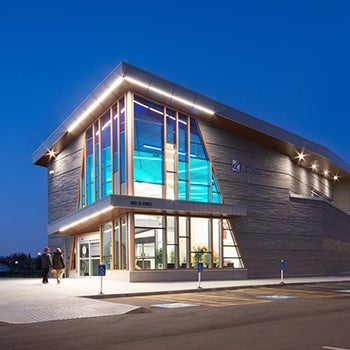 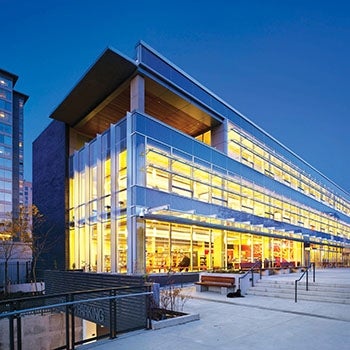