The design for 67 Albert Avenue sought to curate the existing building through a series of adjustments that opened up the lobby to the street and the Garden of Remembrance, increasing the sense of light within the space, and providing a new place to dwell in the heart of a busy suburb.

The design is deliberately simple in terms of physical moves seeking to create a visual expression that united the lobby across both levels and gave an undulating plane onto which the lighting could shine, creating delight and whimsy.

The ceiling lighting system allows for an evolving read of the space during the day when the individually addressable lights “move” slowly to highlight the ceiling plane. In the evening, when the space is predominantly empty, the lighting moves at a faster pace drawing attention to its undulating form from both the street and the nearby train line. 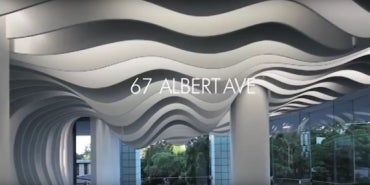 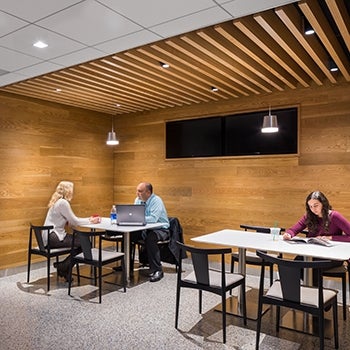 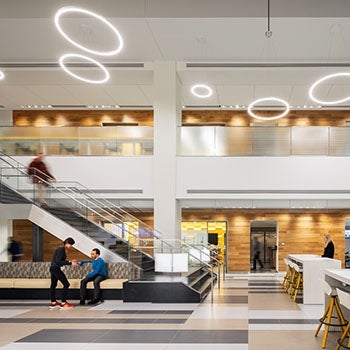 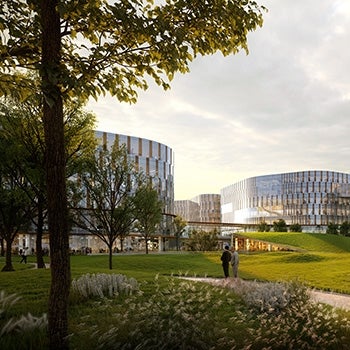 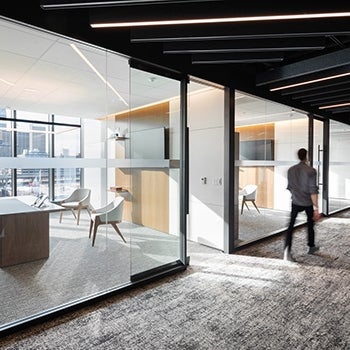