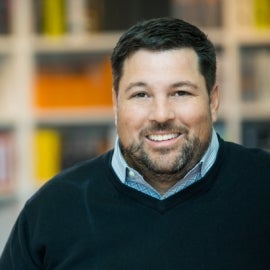 “Creativity is not talent, but attitude. It’s about being open, rather than closed.”

Tom is an award-winning architect adept at understanding how to use design to support a client’s mission. He ties that mission to a design solution that celebrates the transformation of the organization and in turn communicates its mission through its architecture vernacular.

His passion is to keep architecture and the built environment at the centre of mainstream conversation. As both a designer and design advocate, Tom has significantly contributed to this dialogue through his own work and the promotion of the greater whole of design culture. These contributions are realized through a practice that has primarily explored the often overlooked areas of healthcare, retail and hybrids of the two and the investigation of systems and processes. Tom’s career has experienced a diversity in the size of projects and firms, punctuated with critical moments of pause away from direct project work to study or create processes and systems.

In 2006, Tom founded daOMA (design alliance OMAha, Inc.), a non-profit dedicated to bringing a greater awareness of architecture and the design arts to Nebraska and western Iowa. Tom has also authored and/or has been featured in numerous articles on architecture and design. Honours he has received include the 2002 Kagan Design Fellowship, Building Design + Construction’s “40 under 40” award, and AIA’s Young Architect Award. 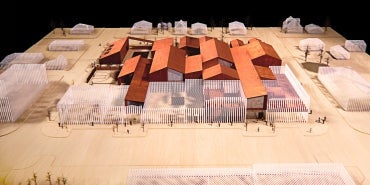