“Hockeyville” Facility Embodies the Spirit of the Sport

The town of Sylvan Lake is located in central Alberta, and is a popular tourist destination for visitors from around the province. Plans to renovate one of the town's ice arenas to accommodate its growing population became urgent after the roof of the existing structure collapsed. The new space is designed to seamlessly attach to the existing multiplex ice surface — which was not affected by the collapse — and to the aquatics centre, to create one large community complex.

In 2014, Sylvan Lake was named "Kraft Hockeyville" by the NHL, coming out ahead of 15 other Canadian communities. The honour came with a $100,000 prize, which is helping to fund the redevelopment project and to serve as an important reminder of hockey's significance within the community. 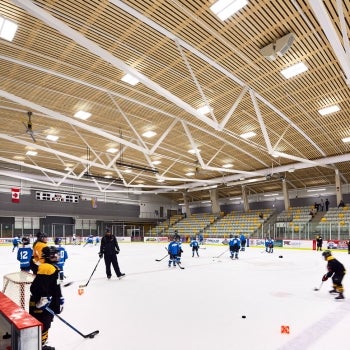 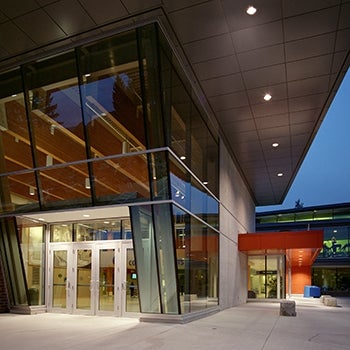 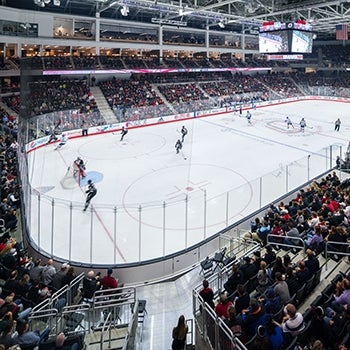 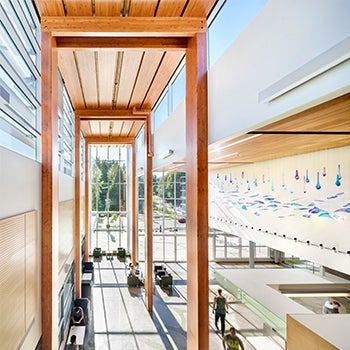