The Penticton studio is approximately four hours east of Vancouver, British Columbia; a province that relies heavily on the forest industry. The Wood First Initiative implemented by the Province emphasises and incentivises the use of local timber. With a readily available supply of locally and sustainably-sourced timber and a partnership with a local supplier, Structurlam, our studio began working in mass timber.

3.) In 2012, as new technologies in CLT were introduced in British Columbia, we started looking into the potential for taller mass timber buildings. That year, our office participated in the NAIOP (The Commercial Real Estate Development Association) International Design Competition for the “Office Building of the Future”. We took our design competition entry as an opportunity to gain experience and test the limits with wood and mass timber in order to create tall mass timber buildings. The 40-story wood office tower we created received Honorable Mention recognition for its design and provided us with knowledge and expertise in mass timber.

For the 40-story wood office tower, we relied on a glulam truss that supports two floors, which are tied together with a floor diaphragm of CLT. When we had this design reviewed by our quantity surveyor, it came in less expensive than a conventional concrete building, a fact we now use as a way to leverage this technology. Not only from an environmental, a carbon-sequestering standpoint, and in our case, using local suppliers, there's also a significant cost benefit. Overall, this design competition proved to be a great case study for us, providing valuable information we’ve been able to give current clients.

4.) From the 40-story wood office tower, we shifted quite dramatically in scale in 2013 to a small public washroom project in Kelowna, which is about an hour outside of Penticton. We used CLT technology for the roof, which allowed us to cantilever in two directions, and glulam beams to support the CLT panels. This was a similar type of methodology in terms of construction as the tall wood tower, which shows that CLT and glulam can be transferred over multiple scales.

5.) Finished in 2014, the Southern Okanagan Secondary School in Oliver, B.C. gave us the opportunity to find ways to celebrate the qualities of wood and mass timber where possible — particularly in the mass timber constructed theatre rotunda. As with most of our mass timber projects, the structure is the finish. Since we typically don't like to hide the grain of the wood, a clear sealant on the wood was the only finish necessary. Of course, there are some considerations with weather and UV exposure, but for the most part where wood is protected, it weathers well and the finish is quite durable. CLT also comes in many different thicknesses and can be modified depending on the structural requirements presented. We typically use 3-ply CLT — which is essentially three layers of two by six or two by four laminated together. The Southern Okanagan Secondary School project is largely constructed of 3-ply CLT.

7.) In 2017, we completed the Penticton Lakeside Resort West Wing Expansion which overlooks Okanagan Lake. This six-story hotel features the most extensive use of CLT in the Okanagan and showcases the beauty and sustainability of mass timber design. Mass timber was used in many different areas of this project —from the floor structure to privacy screens and stair core.

8.) In the heart of Penticton is TIME Winery, another mass timber project. Originally a theatre, the building had glulam beams hidden beneath old drywall and acoustic paneling. Once we removed the existing finishes, we were able to expose an incredibly beautiful curved glulam beam and a nail timber roof, which was probably one of the first in Penticton. The former theatre portion of the building was converted into the production portion of the winery, with a restaurant and tasting room constructed in front of house. Exposed CLT roof with glulam trusses in the main wine tasting area allowed us to create a column free space. Attention to the concealed connection details on this project was critical to its success. 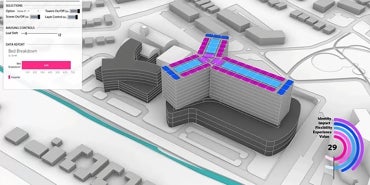 Using the Data Wrangler to Design for Impact
Podcast 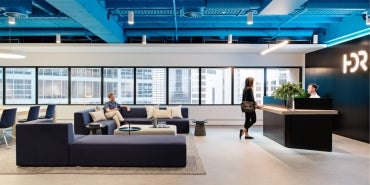 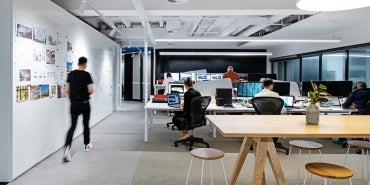