Responsive to its site in a fjord surrounded by mountains and integrated into the natural beauty of its environment, the design takes cues from the spectacular landforms of alluvial fans, mountains and glaciers that define the site. Organized along a central spine, the building forms are arranged to mimic a glacier’s movement as it displaces swaths of land. At the base, the spine creates a collision of landforms reinterpreted to become modular data halls that are secure, scalable and connected and feature green roofs. At the terminus on the water, the central spine emerges as a public element clad in copper, a reference to the area’s copper mining history. This architectural gesture articulates the entrance to the data centre while acting as a gateway to the public waterfront promenade — a physical expression of the company’s commitment to the community.

The massive climate-cooled facility, powered by Norway’s abundant hydropower, will scale beyond 1,000 megawatts of computing power, servicing the rapidly growing global data market. High-speed traffic to nearby continental Europe and as far off as the United States’ East Coast will be routed from the Kolos node through high performance fiber in neighboring Sweden.

Within 25 kilometers of the planned site is a huge amount of excess clean hydropower, far more than any data centre location in the world, allowing the data centre to scale up to two gigawatts of consumable renewable power. 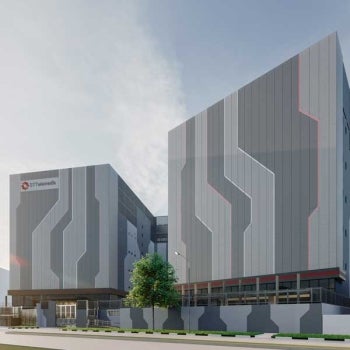 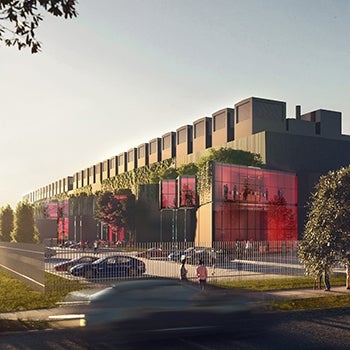 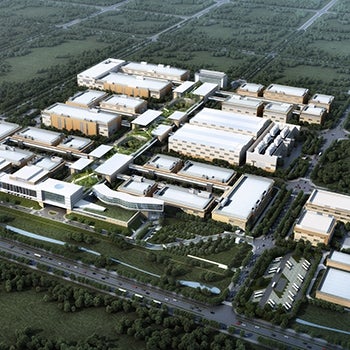 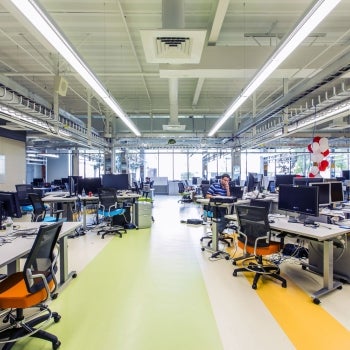