Let’s start with some context to the project. How did it come about and why was this renovation and addition necessary?

DL: When the Strauss Performing Arts Center was designed and constructed 45 years ago, it was quite good. But with significant program growth and advancements in the understanding of acoustics and how they represented sound with architecture — the space was in need of a renovation and an addition.

With the exception of fire sprinklers and some alarm systems, the building had remained untouched since construction. It was great fun to go into a building that's been virtually unchanged and do a renovation of it.

You have a rather unique personal connection to the history of this building, David. How has that influenced your approach to the project?

DL: I've had the opportunity to think about this building for 40 years. I took music lessons at the Strauss Performing Arts Center when I was a child. I would show up every week and rather than focusing on my lesson, on what I should be doing, I would sit there and look at the building — watching the quality of light as it came in and worked its way across the materials, the concrete that was cast in place and the tie holes, and kind of really exploring the building.

To come back several decades later and have the opportunity to interview and ultimately work on this project has been a vision that's kind of been just simmering, I think, for actually a very long time.

What is the design narrative behind this project?

The existing building had a very introverted nature to it. So, with this new addition, we wanted to create curated moments of transparency that fostered connectivity within the facility and to the campus as a whole.

TN: With an emphasis on transparency, the recital hall was designed with a glass wall behind it, allowing for a new connection between Strauss and the rest of campus. The large punched openings were taken out of the new addition, with views into the percussion studio and one of the corner stairwells. The view into the stairwell highlights the movement of students and can even display impromptu student practice rehearsals. All of this is done to increase visibility and connectivity — ultimately positioning Strauss for stronger engagement with the general campus and not just music students.

What were some design challenges faced in the renovation and addition?

TN: One of the most challenging original design tasks to tackle was the location of this addition. We looked at several different options around the existing building, each having their different pros and cons — visibility to the community or the visibility to the campus, to name a few.

The original documents had planned for an addition of two stories to fill in the open quadrant of the existing building. A number of constraints and spatial needs of the program ultimately led to the decision to stack everything vertically in one position in the open quadrant originally slated for the small, future addition that was planned. I think that was the big turning point for the project. It allowed everything to really come together seamlessly and supported the guiding principles and other needs of the project.

Stacking lead to a number of technical challenges, too. We knew that the isolation between levels was going to be absolutely critical. The recital hall is on the ground level and immediately above that is a recording studio, and above that, the percussion floor.

DL: Needless to say, a percussion room on top of a recording studio presented acoustic challenges. Our acoustic specialists have been so important to this project. We have our engineers, structural, mechanical, electrical, but we can't forget our acousticians. We wouldn’t take on this type of a project without a high quality acoustician, like Threshold Acoustics, involved. So we were very fortunate to have them on this project.

How collaborative was the design process? What relationship did you develop with the UNO School of Music?

DL: This building is all about the study and science of sound. Throughout the project, the number one goal was to never sacrifice on acoustics. As we went through the project, we faced some difficult decisions along the way, whether it was due to budget, programmatic concerns, or things that happen during construction. We always went back to that number one guiding principle that acoustics were paramount. Dr. Garcia, director of the School of Music, was our constant reminder of that.

TN: Part of what we do on each project is to pull in all of the resources, knowledge, passion and inspiration from other contributors perhaps not on the core design team. Dr. Garcia is incredibly knowledgeable and he gets into the details, so to have him as a resource was a great benefit to this project. It allowed us to make the project all that it could be and should be, because we had a fully supporting team behind that effort.

DL: This project, like many projects we’ve had the pleasure of working on, is all about bringing people together. 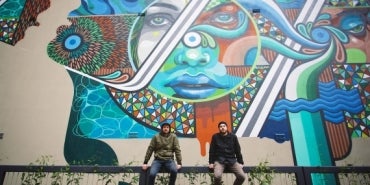 Art is Medicine for the Soul
Article 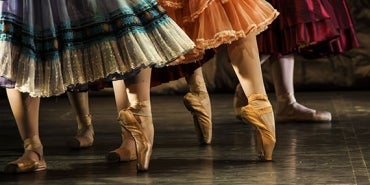 How Musical Theater Relates to Experiencing A Product