We took a few weeks between updates due to various factors and the summertime slowdown in federal policy. There was a slow drip of news for a bit and then a deluge of announcements coming out of the White House and the agencies, primarily focused on efforts to combat climate change and to enhance equity in federal investments and opportunities. Oh, and we had a breakthrough with budget reconciliation reflected in the Inflation Reduction Act of 2022, an agreement struck between Senators Manchin and Schumer to raise revenue through tax code modifications and invest in clean energy. A policy wonk’s dream!

We’ve divided this week’s updated into three distinct areas: Climate Policy, Equity and Environmental Justice and Other News of Note.

Other News of Note

Let’s start with the biggest (in my opinion) infrastructure news since passage of the IIJA — the introduction of the Inflation Reduction Act of 2022. After a lot of discussion and mixed signals from many senators, a framework agreement (with legislative text) was announced to “make a historic down payment on deficit reduction to fight inflation, invest in domestic energy production and manufacturing, and reduce carbon emissions by roughly 40 percent by 2030” (Senate Democrat Summary). Paired with tax reform purported to raise $739 billion in revenue, the bill would invest $369 billion in “energy security and climate change.”

The investments in energy security and climate change include (from Wharton School at UPenn):

As part of the agreement to release the bill, Senator Manchin and Majority Leader Schumer also agreed to pursue “permitting reform” this fall. The Washington Post reports on a side deal reached that would “overhaul the nation’s process for approving new energy projects.” Now the fun begins! Republicans who have long argued for substantive permitting reform face the prospect of supporting a bill they would normally champion but, in this case, would give democrats a big win. Progressive democrats must balance the need for substantial climate action with what could be perceived as eroding environmental protections.

Author’s note: Permitting reform for climate investments is good policy, in my opinion. Although my NEPA roots run deep, there is a clear need to blaze a trail to deliver these climate investments quickly to realize their benefits sooner. Our propensity to draw out major infrastructure investments has slowed economic recovery in the past and could derail the stated goals of emissions reductions in the future if we can’t move on these projects that have a clear and overwhelming public benefit. HDR’s policy team will continue to review the Inflation Reduction Act of 2022 and any changes made through the committee process as well as potential amendments from the House and provide a thorough analysis once (if) the bill becomes law.

A new program created by the IIJA, the “Preventing Outages and Enhancing the Resilience of the Electric Grid program has $2.3 billion in formula grant dollars intended to strengthen and modernize America’s power grid against wildfires, extreme weather, and other natural disasters exacerbated by the climate crisis. The Department of Energy announced in July that it was opening the application period for states, Tribal nations, and territories to apply for funds under the program; $459 million is available annually through 2026 for projects such as:

One of the most consequential investments in transportation resiliency and adaptation created by the IIJA, the Promoting Resilient Operations for Transformative, Efficient, and Cost-Saving Transportation (PROTECT) Formula Program provides over $7 billion to states to help make surface transportation more resilient to natural hazards. FHWA recently released program guidance and a fact sheet, amplified by a public announcement by Secretary Buttigieg in Salt Lake City last week.

Key points to consider with the PROTECT Program include:

A state-by-state breakdown of the five-year totals for the PROTECT formula funds is available here.

Note that the IIJA also created a PROTECT discretionary grant program funded with $1.4 billion but that Notice of Funding Opportunity is not yet available and USDOT does not provide a forecasted date for its publication.

Vice President Kamala Harris and Homeland Security Secretary Alejandro Mayorkas announced selections for $1.16 billion in climate resilience funding through the BRIC and FMA programs. This announcement follows President Biden’s announcement that the funding for BRIC will increase from $1 billion in FY 21 to $2.3 billion in FY 22, more than doubling the amount of funding available to proactively reduce vulnerability to flood, hurricanes, drought, wildfires, extreme heat, and other hazards. The announcement was part of a series of executive actions to combat climate change, address extreme heat and boost offshore wind (see offshore wind summary below). Details on the projects identified for funding can be found here.

Applications are due October 7, 2022, and grant application information is available on Grants.gov searchable by opportunity number (note that as of this writing, not all regions were populated on Grants.gov):

The announcement of the funding opportunity comes on the heels of a meeting at the White House with the Department of Homeland Security, Department of Energy and CEOs from across the country where wildfire prevention was the topic du jour. Readout of the White House Meeting on Wildlife Prevention

Because DOE likes to give ample warning of funding opportunities, it recently published a Notice of Intent to Issue Funding Opportunity Announcement for the Carbon Capture Demonstration Projects Program. The Notice of Intent provides a high-level draft plan for DOE’s vision to meet the IIJA requirements for integrated Carbon Capture and Sequestration demonstration projects and provides a two-tiered approach to selection and award – both standard and accelerated – based on a project’s readiness. DOE anticipates high levels of participation in the accelerated approach due to the 45Q tax credit deadline (note that the Inflation Reduction Act of 2022 proposes to extend the deadline for the 45Q tax credit and makes other changes to that section of law).

DOE expects to issue the formal Funding Opportunity Announcement in August or September.

Also, of interest and relevant to this topic is a new Interactive Diagram for Carbon Management Provisions that highlights carbon management provisions in the IIJA and through other DOE funding opportunities.

Additional information on these proposed locations.

Equity continues to be a substantial policy focus of this administration, reflected by recent announcements and news of note highlighted below.

The Federal Transit Administration issued a Notice of Funding Opportunity for the All-Station Accessibility Program (ASAP -no, really). The ASAP program provides $343 million in FY 2022 funds for states and local governmental authorities to help finance capital projects to upgrade the accessibility of legacy rail fixed guideway public transportation systems (e.g., subway, commuter rail, light rail) for persons with disabilities, including those who use wheelchairs by increasing the number of existing stations or facilities that are fully accessible such as outdoor light-rail boarding and alighting areas. Text of the NOFO

Key considerations for the program:

The Department of the Interior launched a new funding opportunity under the Outdoor Recreation Legacy Partnership grant program totaling $192 million to help urban communities to create new outdoor recreation spaces, reinvigorate existing parks, and form connections between people and the outdoors in economically underserved areas. The announcement also included tweaks to the program such as:

The Notice of Funding Opportunity is open through May 31, 2023, with an early submission deadline of January 31, 2023. Projects must be in communities that are low-income and lack adequate parks and other outdoor recreation spaces.

Because the Outdoor Recreation Legacy Partnership program is administered under the Land and Water Conservation Fund, only State Lead Agencies may apply for funds, meaning that local projects must work through the state agency to pursue funding under this program. More information on the program is available here.

The Biden-Harris Administration prioritizes increasing access to small disadvantaged businesses (SDBs) through federal procurement processes, setting a goal to increase the share of federal contracts going to SDBs to 15 percent by 2025 – a 50 percent increase from most recent spending levels. In FY 21, the White House announced that a record amount of contracting dollars went to small businesses, including underserved small businesses - $154.2 billion, or 27.2 percent of all contracting dollars. Building off that, the White House announced a government-wide technical resource assistance and engagement program to reach small and minority-owned businesses.

Additionally, USDOT issued a Notice of Proposed Rulemaking to modernize the Disadvantaged Business Enterprise and Airport Concession DBE program regulations, last updated in 2014 and 2012 respectively. Some of the proposed changes include:

Summary of the NPRM

The Department of Energy published a list of 140+ programs under its authority that support the President’s Justice40 initiative. The Justice40 Initiative seeks to provide 40 percent of the overall benefits of certain federal benefits flow to disadvantaged communities that are marginalized, underserved, and overburdened by pollution. More on Justice40 is available here.

Vice President Harris announced a new effort to combine public and private funding to advance investments in underserved communities. The Economic Opportunity Coalition is comprised of twenty-one corporations and 3 foundations committed to aligning major investments in communities of color with investments made by the Biden-Harris Administration. “The Economic Opportunity Coalition will coordinate across public, private, and social sector organizations to develop and deploy products that solve challenges in getting resources where [they are] most needed and drive towards outcomes for meaningful action.

Other News of Note

The Department of the Interior issued final guidance on how to apply for the first $725 million in funding available for reclaiming abandoned mine lands. The IIJA provides a total of $11.3 billion in over 15 years to eligible states and Tribes to help communities eliminate dangerous environmental hazards and pollution caused by past coal mining. Read the press release.

Several bureaus and services under the Department of Interior issued a joint final rule updating procedures for resource protection under the Paleontological Resources Protection Act. From the rule:

The U.S. Department of the Interior (DOI or Department) is promulgating this regulation under the Paleontological Resources Preservation Act. This regulation provides for the management, preservation, and protection of paleontological resources on lands administered by the Bureau of Land Management, the Bureau of Reclamation, the National Park Service, and the U.S. Fish and Wildlife Service, and ensures that these federally owned resources are available for present and future generations to enjoy as part of America's national heritage. The regulation addresses the management, collection, and curation of paleontological resources from Federal lands using scientific principles and expertise, including collection in accordance with permits; curation in an approved repository; and maintenance of confidentiality of specific locality data. The regulation details the processes related to the civil and criminal penalties for illegal collecting, damaging, otherwise altering or defacing, or selling paleontological resources. 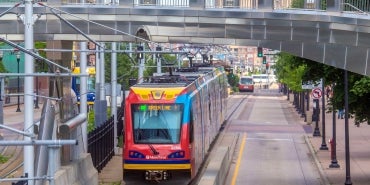 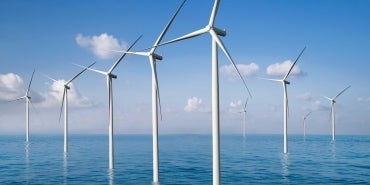 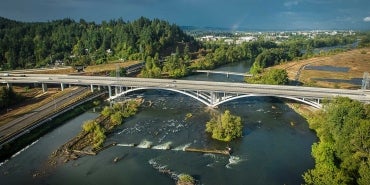