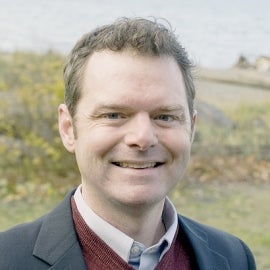 Jeff Hansen is a project manager in Olympia, Washington. After completing his undergraduate work at the University of Missouri-Rolla, he moved to Seattle where he obtained his master’s degree from the University of Washington. Since then, he’s been working on a wide range of water, wastewater and reclaimed water planning and design projects.

Jeff views reclaimed water as an important tool in a utility’s water resource toolbox. His interest in the topic was sparked during his graduate school years when he assisted The Boeing Company on optimizing a reverse osmosis-based industrial water recycling system. He has become heavily involved in supporting the development of new and growing municipal reclaimed water programs in the Pacific Northwest, working with utilities such as the LOTT Clean Water Alliance; Cities of Olympia and Lacey, WA; King County, WA; and the City of Meridian, ID.

Jeff currently serves on the board of directors for the newly formed Pacific Northwest Section of the WateReuse Association and is HDR’s water reuse practice group leader. He often presents at local and national conferences, assuring people that, even in the proverbially wet Pacific Northwest, reclaimed water is being looked to as a solution to some of our toughest water resource management challenges. 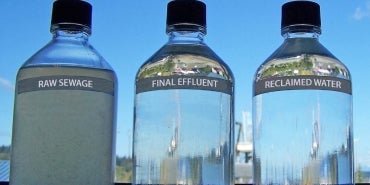