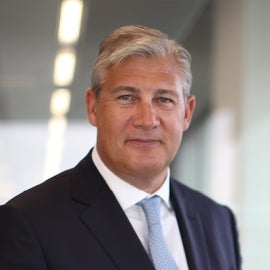 He'd transformed Hurley Palmer Flatt, from a regional building services practice into an international multidisciplinary consultancy, which was the largest privately owned engineering consultancy in the U.K.. He focused on both expanding the range of services, as well as expanding the international offering with new offices in India, United Arab Emirates, and Asia Pacific added since 2008.

He built the firm’s leadership in mission critical engineering with many of the world’s major banks and data centers. He also broadened the firm’s multidisciplinary offer and integrated energy and sustainability consultancy, structural and civil engineering, commissioning, data management and information technology/audio visual consultancy.

Paul has spent the majority of his career with the company, joining as an Intermediate electrical engineer in 1989. He has worked on many high-profile projects in the U.K. capital, including several global finance companies.