Santa Rosa Oncology and Infusion Clinic was one of the initial Sutter Health Expedited Project Delivery (EPD) program clinic expansions, prefaced on executing ambulatory projects better, faster and cheaper. Sutter Health engaged a team of two architects and two contractors to work with them to establish a tool kit for delivering these outpatient facilities in a much more efficient way while meeting the needs of its patient population.

The expansion at the Santa Rosa Oncology and Infusion Clinic was a true proof of concept EPD project that was brought online almost twice as fast as clinics delivered in the past. The core strategies of reducing post-project operational costs concurrently with an increase in occupant satisfaction, allows Sutter Health to remain agile and faster in response to standing up clinics in an ever-changing healthcare market.

The project was planned as a phased implementation in an occupied building and very limited space for expansion. In addition, the clinic needed to remain in operation the entire time. Phase 1 consisted of the relocation and expansion of the existing oncology infusion area, more than doubling its size. The previous suite was a small area with 11 spaces dedicated to oncology infusion patients. The new infusion suite will support oncology as well as many other infusion services with 15 seated infusion bays and three private rooms for patients needing more privacy.

The future phase will expand the existing medical-oncology clinic into the vacated infusion space for an additional five exam rooms and a new treatment room. The templated rooms developed will accommodate this expansion quickly and efficiently, with minimal waste.

Standardizing a Template for Future Iteration

Infusion bays, workstations, offices and exam rooms, as well as detailed standards for flexible space planning were all designed based on the Model Room Standards we developed in our EPD Command Center. Sutter Health deployed an Integrated Form of Agreement with HDR and Rudolph & Sletten, our builder, to promote collaboration and communication as a coordinated team effort to expand and deliver healthcare services for the Santa Rosa community.

Patient navigation was paramount to the design to establish a smooth patient journey. Public waiting and reception are directly adjacent to the elevators, while floor patterns throughout the infusion suite support patient navigation to infusion bays and along the return to the waiting area. Operational Efficiency was another condition of satisfaction in our IFOA that also incentivized the team to optimize the workflows for staff.

The main pharmacy at Sutter Santa Rosa Hospital, less than four miles away, will support the infusion suite. Great effort went into understanding the flow and delivery of prepared medication and materials from Sutter’s Santa Rosa Hospital, reducing the redundancies of maintaining a separate, off-site pharmacy. 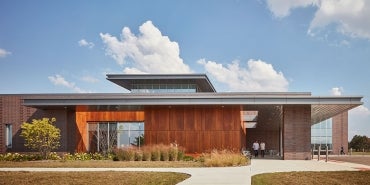 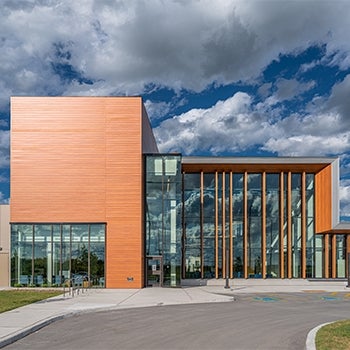 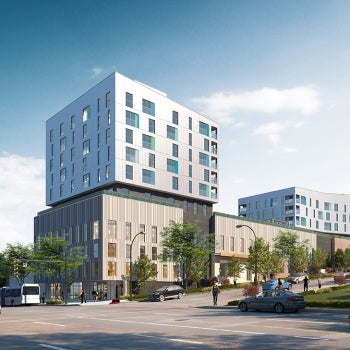