A freight train derailment in July 2020 resulted in the fiery collapse of a 100-foot truss crossing over Rio Salado Parkway in Tempe, Arizona — completely halting freight train operations and shutting down traffic to the roadway below. The derailment took out several timber approach spans and the fire damage required the demolition of the adjacent 150‑foot truss over Tempe Town Lake.

The monumental task to replace the bridge spans required a team approach to engineer and coordinate the full cleanup and construction rebuild within 14 days. Engineers, contractors, fabricators, surveyors and other professionals worked vigorously to replace more than 450 feet of bridge length to restore train service and open the roadway underpass. Staying ahead of field activities, avoiding utilities conflicts, and coordinating with multiple stakeholders and agencies required a flexible and contingency-based design approach.

HDR played a key role as the bridge designer to design a new bridge, working through a variety of obstacles to ensure an extremely fast return to service.

From the beginning, a flexible bridge layout was key to the project’s success. To accelerate work, designs focused on using standard materials that were already on hand. Precast concrete box spans and steel HP14x89 piles were used for the majority of the replacement. Longer steel spans were used to clear Rio Salado Parkway, based on what the railroad had in stock.

With the urban environment, underground utilities were a major concern. The design team used publicly available sources to determine approximate utility locations. But without confirmed utility locations and roadway coordination, the bridge layout had to remain adaptable. Within the first day, the team quickly developed two options:

Thinking Ahead on Fabrication

Even before the preferred layout was chosen, design began on non-standard bridge elements that would require fabrication. For example, the design team knew a steel grillage was needed to transition from the existing truss span and support a proposed concrete span on an existing cylinder pier. By sizing the grillage based on available w-section rolled beams, fabrication began just three days after the derailment.

Non-standard substructures were also analyzed. Preliminary models of both bridge alternatives quickly determined pile layouts and provided preliminary sizes for the non-standard precast concrete pile caps. The bottom of the pile caps included an embedded steel plate that was welded to the steel piles in the field to accelerate the bridge construction. As the HDR team checked and finalized the design, they sent the details to the fabricator to have the precast caps fabricated, shipped and ready for the contractor to install without delay.

Within two days of the derailment, the second preferred layout was chosen, with two 69-foot steel beam spans. However, after discovering a 12kV underground electric utility not shown on existing plans, the team quickly modified one of the 69-foot steel spans down to 59 feet 6 inches to avoid the conflict.

The design team finalized the construction plans for the steel beam span layout just five days after the derailment. But as they did so, it became apparent another design change was needed. The survey team located high voltage underground electrical lines, including one closer than originally thought to the median, where a pier was now being planned. The team pivoted to use the first layout option instead, a 133-foot through-plate girder span that would clear the potential utility conflict and roadway.

The HDR design team quickly jumped back into finalizing bridge plans. However, the contractor had already constructed several bents for the beam span layout. This required the design team to revise the layout once more and complete the design and details for the through-plate girder piers.

Ten days after the derailment the team submitted final plans for the 133-foot through-plate girder span for construction. The following day, the span arrived in Tempe and the contractor installed the precast concrete caps. State regulators approved the final bridge layout on the morning of Aug. 12, 2020.

Immediately after, the contractor installed the through-plate girder span, which restored train service just 14 days after the fiery derailment. 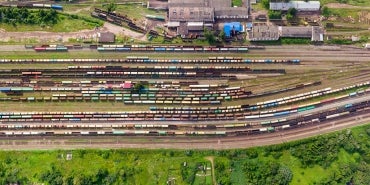 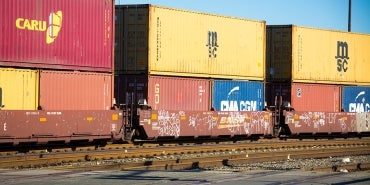 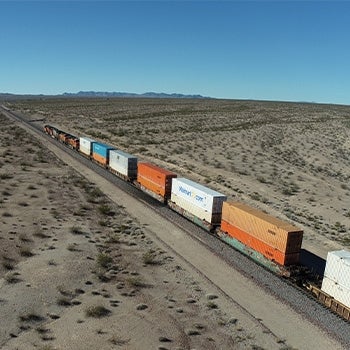 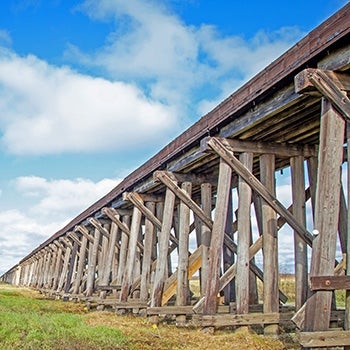 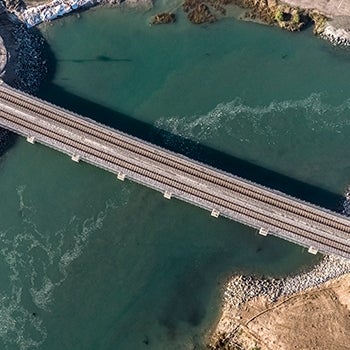 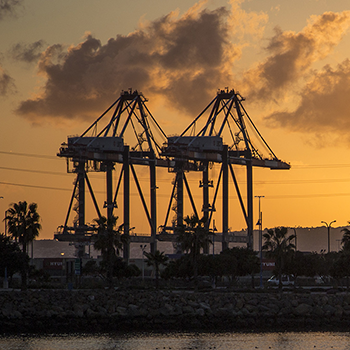