Built in the late 1950s and designated as the first section of interstate highway in North Carolina, I-40 Business serves as a major east-west highway through the City of Winston-Salem and provides access to its downtown area. The roadway was originally the “East West Connector” and after the Highway Act designated the Interstate System it was designated as the first section of I-40. However, the highway has struggled to meet growing traffic demands in the area. Interchange configurations designed decades ago, with short on and off ramps and traffic weave, became obsolete. And bridges with substandard clearances aged and became deficient.

The $99.2 million I-40 Business reconstruction project, substantially completed in summer 2020, modernizes this crucial stretch of highway and redefines the entrance to the city. HDR was lead designer for this design-build effort, which includes a wide range of roadway and mobility improvements: replacement of nine highway bridges, modernization of interchange configurations, improvements to highway geometry and drainage, and enhancements for pedestrian movement with greater sidewalks, a multi-use path through downtown and the addition of two signature pedestrian bridges. 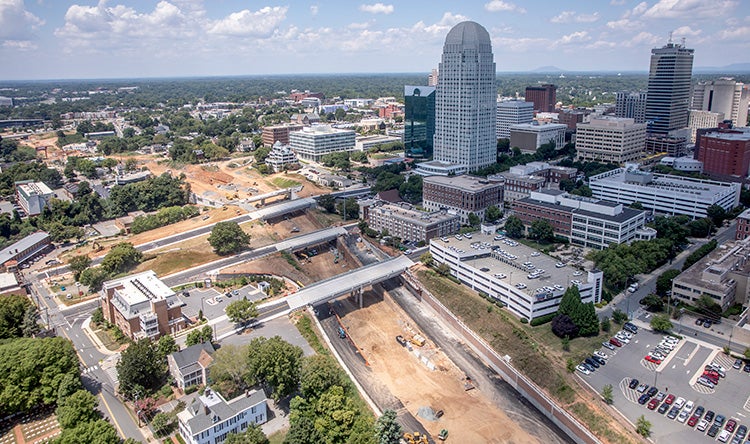 To many who drove along I-40 Business, the existing highway felt outdated and run down. NCDOT and the City of Winston-Salem had long been interested in revitalizing the corridor. The vision for this corridor was much more than a typical highway project — it became an opportunity to engage the public and incorporate elements that were important to the community, including pedestrian and bicycle facilities, landscaping and aesthetic features.

Community input was a priority from the inception of the I-40 Business project. Local Winston-Salem residents and community stakeholders were regularly engaged throughout the near-decade-long planning process. After extensive outreach with the community, the public decided that a two-year complete closure of the highway would be preferred over a six-year partial closure. The project was allowed 24 months of shutdown for reconstruction, but the design-build team was able to accelerate construction and reduce the closure to only 14 months.

Reconstructing a 60-year-old highway in an urban setting by widening the roadway typical section and lowering the roadway profile, all while minimizing right-of-way impacts and avoiding historic boundaries, is a difficult undertaking. 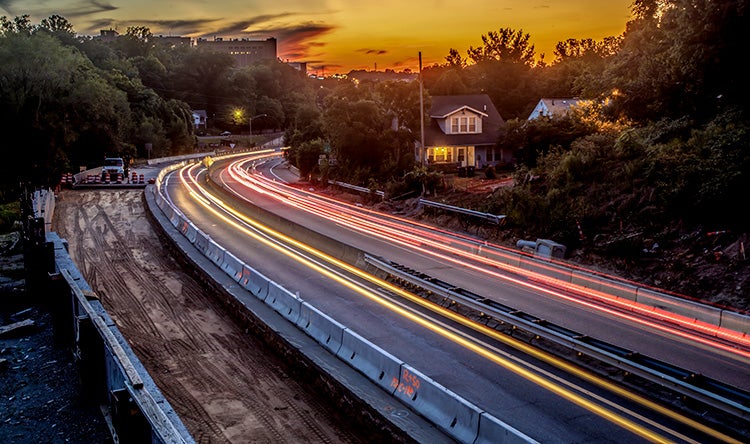 Utility relocations and upgrades proved to be just as challenging. The project included extensive utility relocation throughout the corridor for power, telecommunication, gas, water and sanitary sewer. Some of these utilities had been in place for decades and records were scarce. This effort demanded constant communication between all parties to sort out and understand what existing infrastructure was active or decommissioned and, in some cases, who owned the infrastructure rights. Several of the old existing bridges had utility attachments which required relocation prior to bridge demolition, and nearly each improved city intersection required some form of utility relocation. The project also involved relocation of a gas line and two major telecommunication duct banks crossing the corridor in areas where the roadway was being lowered and new bridge foundations were being installed — all without interrupting service.

Opened Ahead of Schedule, to Public Acclaim

The design-build team worked together to prioritize workflow and areas of focus with the intent of reducing impacts to commuters into the downtown area. The overall corridor reconstruction schedule was accelerated by the design-build team, allowing the highway to be reopened to traffic in February 2020, 10 months ahead of schedule.

The public is now able to enjoy easier access into downtown, improved traffic flow, safer vehicle and pedestrian mobility and a visually appealing commute. In a final transformation, the community rallied around a rebranding of the corridor where the old designation of I-40 Business was decommissioned, and a community-led process gave the corridor a new name: Salem Parkway. The new corridor name creates a destination for commuters and has led to a renewed sense of downtown pride. The new highway's convenience and character have demonstrated that with adequate planning and public engagement, a major facility can be shut down for reconstruction while still maintaining a positive public perception. 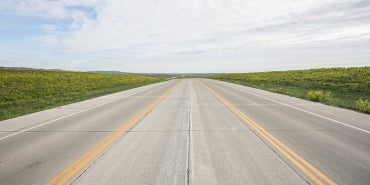 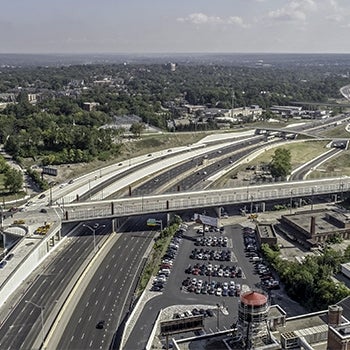 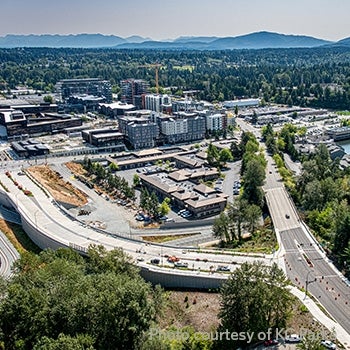 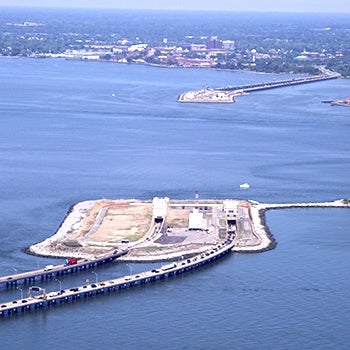 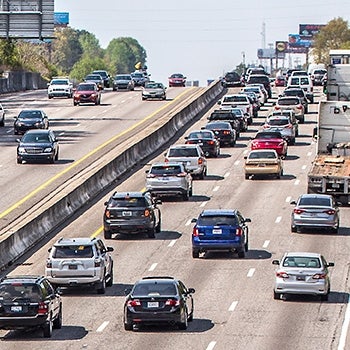