Building a Career Alongside a Massive, First-of-Its-Kind Project to Restore the Florida Everglades

I wish I knew then just how important this project would be to HDR, my career and our clients. It was late 2004, I’d been working as an engineer for a little over a year, and we just learned that we’d been selected to design a large Everglades restoration project. There were a lot of excited people around me, and it sounded like a cool project to be part of, so I was eager to jump in, too.

The project was the C-44 Reservoir and Stormwater Treatment Area Project, located in Martin County. The C-44 Canal, or St. Lucie River, connects Lake Okeechobee in South Florida to the St. Lucie Estuary and ultimately the Atlantic Ocean on the East Coast. The project’s purpose is to attenuate, or slow, freshwater flows to the estuary during rainy events, and to remove nitrogen and phosphorus from the water that runs off the land along the C-44 Canal, reducing the pollutant load in the water going to the estuary.

We started the site characterization effort for the 12,000-acre site in early 2005, collecting vast amounts of data related to topography, soil conditions, existing conditions, and on-site animals and plant species. As a junior engineer, I had the opportunity to work alongside experts and senior  professionals. I spent time on-site behind drill rigs understanding how to interpret the soil samples being collected and the data gathered by the geotechnical and geological team. I then learned how to use that data and information to develop an understanding of the site and to conduct detailed analyses to support the design.

I’d learned about these analyses at a cursory level in school, and now I had the opportunity for training and hands-on use of the software and tools used for this kind of design. Over many months, I churned through evaluations of different conditions to help the senior engineers develop the design to fit the project needs. I was also tasked with understanding the client’s design requirements and using them to appropriately model and simulate loading conditions the project could experience during storm events so proper factors of safety could be applied to the design. As design analysis was completed, I transitioned to helping develop the construction documents, which was an enormous undertaking. The original set of documents included over 1,200 drawings and thousands of pages of specifications!

Some of the engineering was routine and based on years of industry best practices, but because this was a ”first-of-its-kind” project, there was also a lot of effort around determining approaches to build from industry guidance as we worked through the design. This presented a unique set of challenges, and I was lucky to be part of the solution process.

Additional challenges for the project team were a constant and demanding schedule, and balancing the many tasks and activities associated with a project that requires hundreds of staff to execute. For those of us working on the project full time (and there were many), this project wasn’t just metaphorically “our life;” the weight of its significance and the time it took to deliver meant that it was literally all we were doing at the time. This led to an incredibly valuable lesson for me about work-life balance relatively early in my career: Just weeks before we completed our documents to be advertised for construction, the client notified us they weren’t going to bid the project yet, due in part to the Great Recession. The project that so many of us had committed years of our lives and careers to was abruptly put on hold.

The project took a 2-year pause due to funding limitations, but as suddenly as it was shelved, off it came with a plan to break the 12,000-acre site into smaller construction contracts to be overseen by both the State of Florida and the U.S. Army Corps of Engineers. The team was reassembled, and because we’d partnered with the state for the initial push, the USACE hired us to help them develop construction documents for the portions of the project they’d be responsible for constructing.

As the project was brought back to life, the team shifted some. We incorporated staff that had experience working with the USACE, and my role grew to a task leader, responsible for deliverables and client coordination on specific aspects of the project. I was both excited and anxious for my newly established responsibility.

The project was ultimately broken into 16 construction contracts executed over a 12-year period. HDR had to provide multiple teams on parallel schedules with overlapping coordination for consistency so that the project would function holistically once it was built. Over those 12 years of delivering multiple sets of engineering and construction documents, my role grew from being a task leader, to a team leader, to a deputy project manager, to a project manager and client manager, and then to the day-to-day principal in charge of the program of C-44 projects within HDR.

At some point, I realized that the C-44 Project and I were intrinsically tied together; it’s success would be mine and vice versa.

There were a lot of long and hard days, especially as I carried more responsibility of the greater project. There were also a lot of really great days, celebrating many milestones as the collective design and client teams inched toward completing this important project.

We are now at a point where most of the project milestones and celebrations are behind us. The major features are built and operating, including the reservoir with a nearly 10-mile embankment, the pump station that can lift an Olympic-sized swimming pool every 80 seconds into the reservoir, the 6,300 acres of wetlands, and the 115 structures and 50 miles of canals that control water movement around the project. HDR is working with both the state and USACE on establishing day-to-day operations for this massive project, and incorporating lessons learned from everyone’s first major Everglades restoration project into those that are yet to come.

I’m proud of my contributions to this project and feel fortunate that I happened to be part of this once-in-a-lifetime effort. This project has shaped the engineer and leader that I am today, and is such an important part of my career. I’ve made long-lasting relationships working side by side with our team and our clients for years, and I’ve been mentored by so many at every step along the way.

I was recently talking to an engineering student and was asked about my favorite project. I told them I get to cheat a little because I have a project that is so unique and omnipresent in my career, it’s easy to pick my favorite: the C44 Reservoir and STA Project. And hopefully, it turns out not to be a once-in-a-lifetime project. Because of our involvement in the project, our team is now working on two more large-scale reservoir and pump station projects in Florida to help improve the resiliency of the state’s environment and water supply. 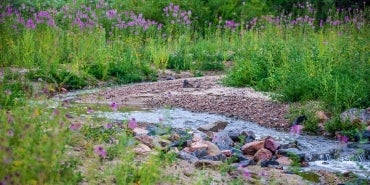 Climate Change and Holistic Nutrient Management
In the Media 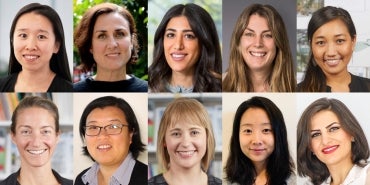 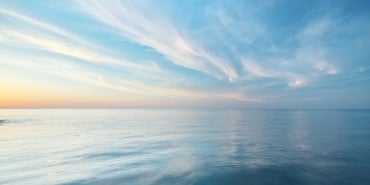