We made it through another election cycle and for all the punditry, and fortune-telling on both sides of the aisle, the needle didn’t move much, and we are just about where we started.

Democrats have held the Senate and the republican majority in the House will be much less than expected. But with that majority, we’ll see new leadership in committees tasked with overseeing and appropriating funds for infrastructure but don’t expect to see a substantial shift in policy or funding priorities. The threat of repealing the Inflation Reduction Act is likely defused and our next big challenge, from an infrastructure perspective, is enacting a full budget (current continuing resolution expires December 16) and then raising the debt ceiling sometime in the first quarter of calendar year 2023.

That doesn’t mean we won’t see some fireworks during the lame duck session — the White House has expressed support for tacking on the Manchin Permitting bill to the must-pass defense authorization. That legislation is intended to accelerate environmental approvals for energy projects, codify One Federal Decision, among other things. If it becomes law, we’ll provide a deeper dive into what it says and what it means. In the meantime, we’ll see how divided this divided government will be after the first of the year. Instead of prognosticating our political future, let’s cover some of the latest news in the policy realm.

First — Happy Birthday BIL!  One year ago this week, President Biden signed into law the Infrastructure Investment and Jobs Act, making a $1.2 trillion investment in the nation’s infrastructure (and spurring a series of policy briefs and email updates from yours truly). To commemorate this milestone, the White House has released an interactive map that illustrates announced funding under the law as of October 25. The White House has also updated the State-by-State Fact Sheets to reflect the latest information regarding funding for each along with updated anticipated funding over the remaining 4 years of the IIJA. HDR is also celebrating one year of IIJA implementation highlighting work we’ve done to support clients in securing much needed federal support for their projects.

Speaking of securing funding, USDOT recently announced winners of the Port Infrastructure Development Program - $703 million to fund 41 port projects across the country. We’re still waiting on announced winners from a few other programs such as Mega, the Bridge Investment Program, and the Rural Surface Transportation Program. Before the end of the year, USDOT expects to issue Notices of Funding Opportunity for the Federal-State Partnership for Intercity Passenger Rail and RAISE.

President Biden was in Egypt for 27th Conference of the Parties to the Framework Convention on Climate Change (COP27) and announced a new proposed rulemaking that would require certain federal contractors to disclose scope 1 and 2 emissions, at a minimum, with larger contractors also reporting on scope 3 emissions and setting science-based targets for reduction of greenhouse gas (GHG) emissions.

First, a primer on emissions courtesy of the EPA:

According to the White House Fact Sheet:

I spent the first part of the week in Boise attending Idaho’s Internet for All Local Coordination workshop. What a great event with lots of interesting and useful perspectives to keep in mind as states undertake their work to develop the five-year action plans for the BEAD Program. It just so happened that the workshop followed some big announcements from the Federal Communications Commission.

A year into implementation of the IIJA and the FCC is preparing to release updated broadband mapping that will determine how $40-plus billion dollars of BEAD funds will be allocated to states and territories. The updated broadband availability maps will illustrate where broadband service is offered. Once published, the public will have until middle of January 2023 to “challenge” the data on the map and by June 30, 2023, the National Telecommunications Information Administration expects to announce the funding amounts. It’s a lot of moving parts but they are important to ensure that the maps are correct because it could be the difference between a state getting millions of dollars.

In addition to the maps, the FCC launched a new grant program to promote the Affordable Connectivity Program, The Affordable Connectivity Program is a $14.2 billion FCC benefit program that helps ensure that qualifying low-income households can afford the broadband they need for work, school, healthcare and more. The ACP Outreach Grant Program has up to $70 million of competitive funding available, with at least $10 million going towards Tribal outreach. The program seeks to:

You can read the fact sheet , the Notice of Funding Opportunity, and the ACP Outreach Grant Program NOFO Frequently Asked Questions. 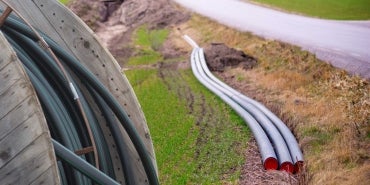 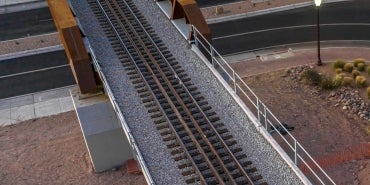 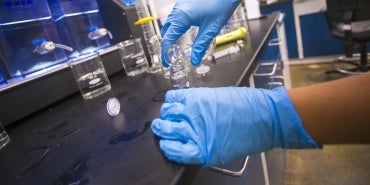