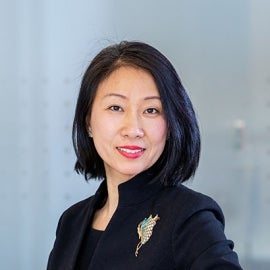 “As a native of China, nothing makes me more happy and excited than leading the design and setting good hospital design examples there.”

Jenny conducts market and business development in China, having been involved in the establishment of the healthcare market there from the ground up. Her day-to-day work life entails client meetings, public speaking, site visits, contract and fee negotiation, communication with internal teams and overseeing multiple design projects.

A native of China, Jenny points out that although it’s one of the most populated countries with the fastest-growing economy in the world, China’s healthcare development is lagging. She is thrilled to be involved in setting the example of good hospital design. As of late March 2017, one hospital had been built and eight others are under construction. Two of these hospitals won design awards in 2016.

Jenny genuinely believes in HDR’s mission to design highly functional, modern hospitals that improve the quality of care for patients and the overall health of our society. “Not many jobs can top that,” she says.