To alleviate flooding concerns that have loomed large over Nebraska’s largest metro area, the Papio-Missouri River Natural Resources District partnered with HDR to design a $44 million, one-of-a-kind park and dam in Omaha’s northwest suburbs. Named for Father Edward Flanagan, the area will hold true to his notion of providing family-centered entertainment.

The nearly 1,500-foot-long dam will create a 220-acre lake, capable of holding 1.3 billion gallons of flood water. The dam structure will not only provide safety during heavy rains and storms, but spurred development in the area.

Combatting poor subsurface conditions and slope stability concerns at the dam and roadway embankments, the team built each structure in multiple phases, allowing successive compression and settlement to occur prior to reaching their final heights.

The project did more than transform the space aesthetically — it created a new, sustainable ecosystem. The 475 acres of green space and nearly 100 acres of wetlands offer a home for migratory birds and fish. Seeded with native plants and grasses while incorporating an upstream water quality basin and reusing materials throughout construction allowed the team to save money and minimize environmental effects. 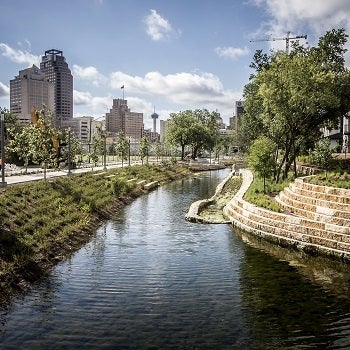 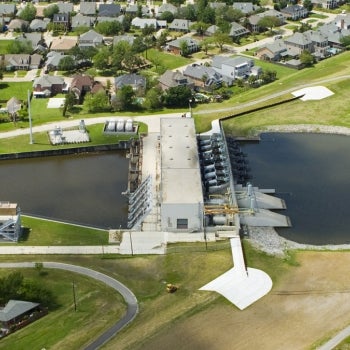