San Pedro Creek Project Links Past to the Future

The banks of the San Pedro Creek were once the lifeblood of the frontier village that became San Antonio. Citizens were taught to fear the creek — due to its frequent and catastrophic flooding. In the 1980s, the city built a tunnel under downtown, which helped to prevent flooding but also nearly eliminated water from running through the creek. Constrained in concrete channels and hidden in culverts, the creek eventually became a social, cultural and economic barrier between Anglo and Hispanic parts of the city.

Mulled for decades, the San Pedro Creek Culture Park revitalizes a once-sacred creek with inspired art, splendid paseos, native plantings, unique plazas, places of respite and cultural reflections. By expanding and beautifying the long-forgotten waterway, the team contained the 100-year floodplain, built literal and metaphorical bridges to the past, and connected long-separated cultures.

Using a state-of-the-art crest gates to control the creek’s water surface area and depth, while adding cobble and natural materials to the streambed, the project created additional aquatic habitat and improved water quality. It also spurred development in downtown San Antonio. When all phases are complete, the project will catalyze an estimated $1.5 billion in economic impact.

Throughout the project, the area’s history was fundamental and inspirational. From preserving 60% of the historic retaining walls, which date back to the 1780s, to creating new artwork referencing the city’s founding, the project offers an educational oasis in the city.

Project challenges were monumental, including working in an active drainage channel that flooded after each rain, near 39 historic resources on or eligible for the National Register of Historic Places, and in a creek home to prehistoric humans. Moreover, the schedule could not be altered, as the project was part of the city’s 300th anniversary celebration.

The on-schedule, on-budget first segment of phase 1 opened with an all-day city-wide tri-centennial celebration in May 2018. Concluded with an illuminating ceremony, the project is not just a feat of engineering and architecture, but the building of bridges to meld local cultures.

Construction continues of the remaining phases with emphasis on native plantings, habitat restoration, water quality, culture and places of respite. Part of the second segment of phase 1 is also the ongoing restoration of the uncovered ruins of the African Methodist Episcopal Church from 1875. Currently the property is being submitted for consideration for the National Register of Historic Places. 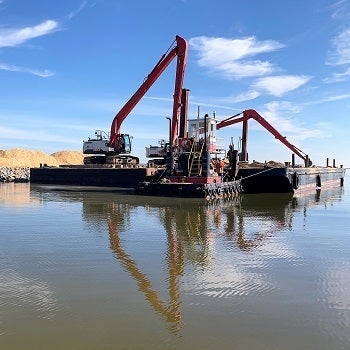 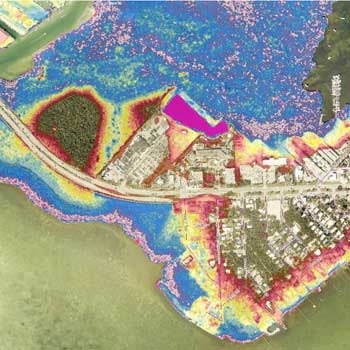 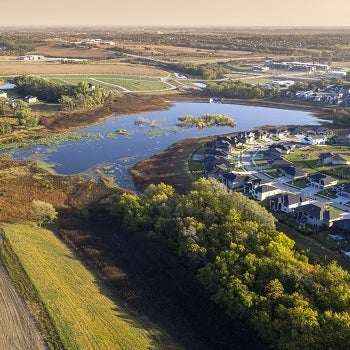 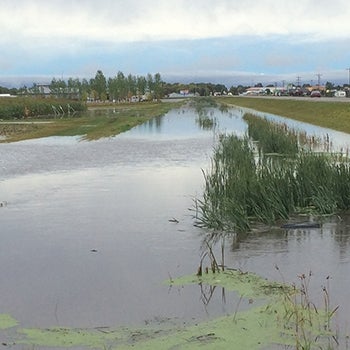