After 50 years as a popular destination, the Schramm Education Center needed an update. Our team revitalized the Center into a state-of-the-art, premier interactive natural education attraction.

The team could have razed the antiquated building but instead chose to preserve many original features, thus keeping the original character of the uniquely designed structure. A “do no harm” approach drove the conceptual design.

A fully re-imagined aquarium anchors the main display space and creates a natural environment. The team retained the rounded design of the aquarium during renovation of the aquarium displays and related process equipment. The remodeled aquarium, with an automated water recirculation system, represented a significant improvement over the original tanks, which were dark and infested with algae — an unhealthy environment for aquatic life. Remodeling and expanding the facility’s entrance centered around the use of natural light and a focus on the existing terrarium. Throughout the remodeling process, the team maintained and/or repurposed the existing limestone exterior to preserve that look and integrate it into the redesign.

The existing nature center, aquarium and office space were completely renovated, and the new aquarium space includes the design of six different exhibits to reflect Nebraska’s aquatic ecosystems. The exhibits represent stream, river, pond/wetland and lake ecosystems, with a touch tank for the federally listed endangered pallid sturgeon and three individual turtle tanks. These exhibits include new interactive displays and touch tanks that bring a higher level of connectivity to the experience.

The existing auditorium has been renovated to a youth play space that is fully accessible. This space is inviting to children and provides a safe place to learn and play. Natural elements taken from the park are integrated into the design to reinforce the park's attractions.

The addition also includes a new education and gathering space with overhead doors that open directly to the natural environment of the park. This space provides an exceptional educational experience for large groups and has a separate entrance that can be utilized when the main Aquarium space is closed.

Conveniently located on the banks of the Platte River near Gretna, the remodeled Schramm Education Center opened in May 2019. 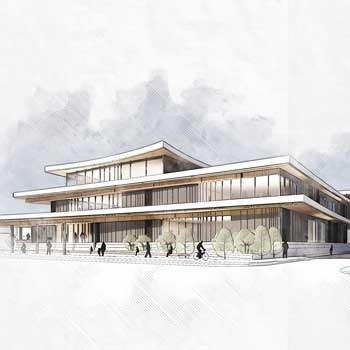 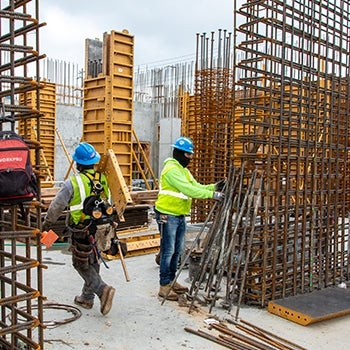 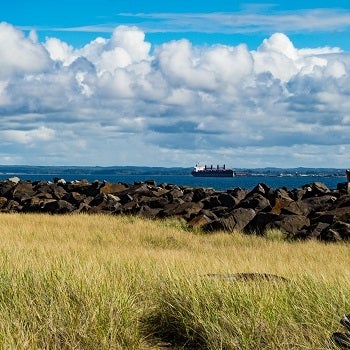 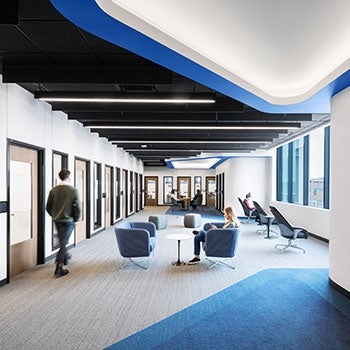