The Opacity design excellence initiative invites outside critics to assess a portfolio of work from our offices around the globe. 33.3 includes the voices of six prominent design journalists and critics who reflected on fundamental design principles: context, form, materials, program, space, and sustainability. Like the Opacity initiative itself, the intent of the essays is to foster dialogue and discourse within the design profession, sometimes challenging the very essence of conventional precepts in order to advance critical thinking. The following essay explores the importance of physical space in our increasingly digitized world.

The idea of a virtual escape from cramped confines is a staple of the Sci-Fi genre — anyone who has watched the Star Trek franchise will be familiar with the Holodeck, for example— but in our ever-digitizing world, it no longer seems like a far-off fiction. VR is becoming a staple in the building industry, and our phones are tiny supercomputers in our hands, allowing us to do everything from shop to engage with friends, and strangers, via social media. Now, the average person spends at least four hours on their phone each day, and that number keeps rising. We’ve never been more connected as a society, yet with so much of our lives conducted online, our experience in the physical world is shrinking to the size of a screen. If we can build global relationships, order groceries, and perform a job, all without leaving the couch, does the built environment outside our walls still matter?

The digitization of our society has so many upsides: We can talk to more people than ever before, and we have so much information at our fingertips that we can easily fall down hours-long Internet rabbit holes as we research anything our hearts desire. The danger is that our relationship with the online world is an entirely self-directed experience — we only seek answers to the questions we know we have, from sources we know and like, and we miss all of the learning that we can get from others with differing viewpoints. This is cementing our already devastating implicit biases, and drawing lines in a society marked by division. We haven’t yet reached the point where we’re all hoping to escape through the VR looking glass, and well-designed spaces that help us engage with others in a spirit of community can help pull us back from the brink. These spaces engender happier and healthier individuals and a more personally connected society — even if that connection is nodding at a neighbor as we check Twitter from a shared park bench. 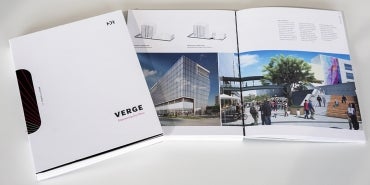