Designing a Major Project on a Compressed Schedule

Houston is the busiest U.S. port in overall tonnage and busiest for foreign tonnage. In the wake of the Panama Canal improvements and an increase in U.S. oil exports Port Houston initiated a channel improvement project to design a wider and deeper ship channel for safe and efficient navigation and to better accommodate the next generation of larger ships.

HDR is the lead engineer and designer for two of six segments in the channel improvement initiative — the highest-profile project underway at one of the busiest U.S. ports. HDR’s contract covers design, engineering, project coordination and other consultation services. Working in a compressed timeframe, construction documents will be ready within one year to help the Port complete the project in four years, when similar projects often take a decade.

A major project such as this one involves many regulatory steps and close coordination with the U.S. Army Corps of Engineers. Our team is leveraging strong relationships to find common ground and deliver the project on the expedited timeline. Our team is supporting the port by identifying pipelines that need to be moved and coordinating with the port and owners to get the pipelines relocated. The team is also managing cultural resources, helping to deliver an environmental assessment, and designing a beneficial use area — placing dredged material in an area of 350 acres in the bay to creating intertidal marsh.

The two channel segments HDR is responsible for — Segment 3 and Segment 4 —could help to advance Houston’s commerce considerably. The Barbours Cut channel (Segment 3) supports a container terminal as well as some oil and gas facilities. The 155-foot widening, from 300 to 455 feet, will allow for safer transit of the larger post-Panamax vessels that can now utilize the new Panama Canal.

The other segment, referred to as Segment 4, serves primarily oil and gas facilities and will be both widened and deepened. The 5-foot increase in depth, from 41 to 46.5 feet, will allow for two-way traffic and more efficient vessel loading. In some cases, it will increase vessel capacity by 40% to 50%. 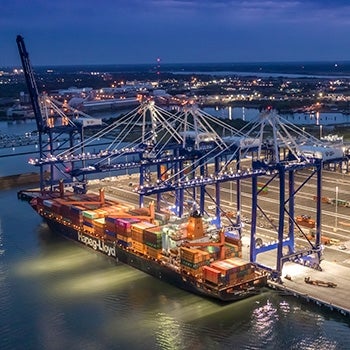 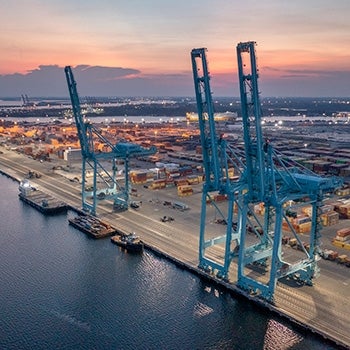