6 Questions About the Future of Hydrogen Energy and Decarbonization

Hydrogen has become a hot topic in the decarbonization conversation. It’s clean burning — whether used in a fuel cell or combusted in a turbine, the result is zero carbon emissions — and the United States already produces about 10 million metric tons of hydrogen every year. The recent Infrastructure Investment and Jobs Act also handed hydrogen energy a boon, allocating about $9.5 billion toward various hydrogen programs.

Brandon Curry and Nick Barber explain how hydrogen can support industry carbon emissions goals, what IIJA funding and projects might look like, and positive effects on manufacturing and transportation.

Q: What is the status of hydrogen energy today?

Brandon: Today, 95% of the hydrogen is made from natural gas. That’s not a carbon-free fuel source. For hydrogen to serve as a carbon free fuel source, we need to transition from production of hydrogen from natural gas to the cleaner production of hydrogen from renewable electricity and water. Today, most hydrogen is used for oil refining, fertilizers and ammonia production and other chemicals. There’s a scale factor. If you want to move to using hydrogen as a fuel, the amount of production in the United States needs to increase to accommodate many uses.

Nick: Hydrogen’s use as a fuel is in its infancy stage. Hydrogen fuel cells are commercially available, and a number of vendors have announced the development of hydrogen internal combustion engines, but they're not widely available in vehicles yet. In the large-scale power generation industry, there are existing combustion turbines and reciprocating gas engines that can burn a blend of hydrogen and natural gas. Multiple vendors have announced projects incorporating hydrogen gas into the fuel stream. On greenfield and retrofit projects, clients are taking a closer look burning hydrogen and hydrogen’s ability to reduce carbon emissions.  It's very early stage, and people have been slow to adopt hydrogen due to cost and other factors. As Brandon alluded to, the hydrogen production infrastructure is not developed enough to support large-scale adoption of hydrogen energy in an industry like transportation.

Brandon: When people talk about battery storage versus hydrogen as decarbonization strategies, especially in transportation, it’s different. For electric vehicles, there may not be massive supercharging stations, but you can always leverage people's electricity at their house. There’s some level of infrastructure that already exists. For hydrogen, widespread infrastructure is pretty limited. Today, it would be difficult to deploy a fleet of hydrogen vehicles across the country.

Brandon: Hydrogen has a big impact on hard-to-decarbonize industries. People talk about hydrogen in transportation a lot. But you can also use battery-powered buses.

What about an industry process that requires a high-flame temperature, and there's no electric alternative to conduct that process? Like steelmaking, petrochemical, cement, aluminum. These are key areas where hydrogen can become part of a decarbonization strategy because it's a fuel and it burns. Transportation and power generation get a lot of attention in decarbonization discussions, but industrial processes currently account for almost 25% of total carbon emissions in the United States. A widespread decarbonization strategy can help address emission from these sources as well.

Q: What are some of hydrogen energy’s biggest challenges?

Nick: Economies of scale. Currently, hydrogen is relatively expensive to produce. A lot of the projects that I've supported are for hydrogen bus refueling stations, and they’re installing various pieces of equipment that produce hydrogen on a smaller scale. When more industries start to adopt hydrogen, that net cost to produce a kilogram will eventually drop. It's just not there yet.

Brandon: I think a lot of people would agree cost is the biggest hurdle right now, to the point that the government is implementing programs to help reduce the cost to generate hydrogen. The Hydrogen Earthshot Initiative is all about reducing the cost of hydrogen down to $1 per one kilogram within one decade. If we want to use hydrogen, it needs to be economical and competitive with other alternative fuels. Developing the technology, taking advantage of the economies of scale, coming up with more efficient processes and bringing that cost generation down, those are the steps to overcome that challenge.

Q: Does the Infrastructure Investment and Jobs Act or the Inflation Reduction Act include funding and support for hydrogen energy?

Brandon: Yes, about $9.5 billion. About $1.5 billion goes toward developing better processes for producing hydrogen. The rest of the money falls into the infrastructure bucket. Right now, there's just not a lot of infrastructure to facilitate the use of hydrogen as a fuel. $8 billion is earmarked to develop four hydrogen hubs throughout the country. These would be central areas for producing and storing hydrogen, then transporting to multiple different end users. Maybe it’s for buses, running a gas turbine or for supporting an industrial process. The Inflation Reduction Act includes a tax credit for up to $3 per kilogram for low-carbon hydrogen energy as well.

Q: How can we access hydrogen energy IIJA funds?

Brandon: It’s still to be determined. The government released two public RFIs and asked people that work in this space to define the objectives for funds laid out in the IIJA. Questions like: What do we need to lower the cost of hydrogen? If we want to install these hydrogen hubs, where should they be? What do they look like? What does that really mean? Later, based on this feedback, there is expected to be a process to identify and distribute grant monies.

Q: What does the future of hydrogen energy look like?

Nick: Hydrogen is getting a lot of attention right now because there's a big push for developing green technologies and tackling climate change. Reducing greenhouse gas emissions will be achieved using a combination of different clean technologies and carbon-free fuels. For some time now there has been a big emphasis on renewable energy and battery storage projects to help decarbonize the electric grid. As hydrogen technology is further developed, efficiency improvements are made, cost of generation decreases and infrastructure is built, I think there will be more adoption of hydrogen fuel over the next 10 to 20 years in the power, transportation and manufacturing industries. The money allocated for the hydrogen industry from the IIJA and IRA will help hydrogen become a more prominent player in the search for a feasible, clean and alternative fuel.

To continue the conversation, feel free to reach out to Brandon or Nick on LinkedIn. 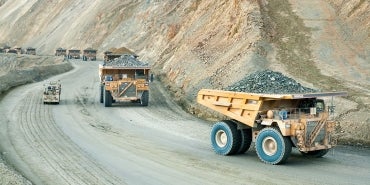 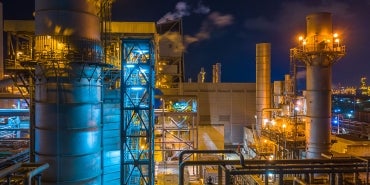 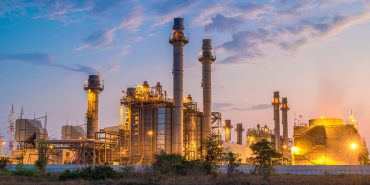 What’s on the Horizon for Air Quality and How Do Industrial Facility Owners Prepare?