More than 40 years ago, an important piece of history was left moored to a pier in the Harlem River next to a New York City rail yard, where it was abandoned and eventually sank.

That piece of history: the World War II patrol torpedo boat (PT-59) commanded by none other than a young Lt. John F. Kennedy. The future president had previously earned accolades for his efforts to save his crew aboard a sinking PT-109, and in this new gunship, PT-59, he continued to command several important missions.

Over the next nearly eight decades, the boat changed hands multiple times and eventually sank. Its location never appeared in an official record. And so it would have remained — if the Metropolitan Transportation Authority NYC Transit hadn’t needed to construct a new seawall as part of their flood mitigation plan for the 207th Street Rail Yard in Manhattan following Superstorm Sandy.

From a Future President’s Gunboat to a Teacher’s Houseboat

When Kennedy took over PT-59 in September 1943, the boat had just been converted from a torpedo boat to a gun boat with better radar, armored shields and a new series of guns on deck, including two twin .50-caliber M2 Browning machine guns, two 40mm guns (one fore and one aft), and four single .30- and .50-caliber machine guns. The PT-59’s most famous mission occurred on Nov. 2, 1943, when Kennedy and his crew saved more than 40 wounded Marines of the 2nd Parachute Battalion, 1st Marine Paramarines who were stranded on an island in the Solomon Islands. Following the rescue operation, PT-59 continued to patrol and attack Japanese supply barges in the Solomon Islands. The boat returned to the U.S. in 1944 and was put to use as a training vessel and for testing.

After the war, the PT-59 was declared as surplus and sold in March 1947 to a private owner in Bronx, New York. The boat went through several owners and was converted multiple times for different uses, including a charter fishing boat, a pleasure boat, and eventually in 1970, a houseboat for an English professor who wanted to live off the grid. He abandoned it in the mid-1970s in the North Cove of the Harlem River, moored to an abandoned ferry pier next to the NYC Transit Yard. Over the next two decades the former PT-59 sank into the Harlem River with no official record of the boat’s location, it remained mostly forgotten for decades save for a few local community rumors about a WWII-era patrol torpedo boat buried in the North Cove.

Discovering the Remains and Navigating Regulations

The 2012 storm flooded the 40-acre 207th Street Yard, and the site needed critical repairs to its rail operation and additional flood protection. As lead designer, HDR’s scope included the design and environmental compliance for perimeter flood protection surrounding the 40-acre yard, including a new 1,800-foot seawall along the east bank of the Harlem River. After the design was complete, NYCT kept our design and environmental team in New York under contract on an on-call basis to navigate potentially complex construction and regulatory issues. The seawall was an intricate project that involved avoiding large utility lines and continuing construction while maintaining the busy operations in one of NYCT’s largest rail yards.

During the design and National Environmental Policy Act process led by HDR, a community member mentioned the neighborhood lore of JFK’s PT-59 boat sunk in the Harlem River to NYCT at a public information meeting. However, no records or evidence of its location were identified or even known to regulatory agencies. Then in May 2020, during the last 10% of construction, divers from the contractor’s team preparing for construction of the last section of the seawall found a sunken 77-foot boat. Construction of the seawall was temporarily halted by NYCT as the historical significance of the vessel wasn’t immediately apparent, and the discovery could impact current regulatory authorizations. Research was needed and a mitigation plan developed to identify appropriate steps swiftly — as construction schedule delays could cost tens of thousands of dollars per day.

Josh Gillespie, the HDR transportation environmental section lead in New York, pulled together a specialized team of experts. Their task: to identify the vessel, assess its historical significance, and assist NYCT in consultation with the State Historic Preservation Office while minimizing impacts to project schedule and costs. HDR’s historic preservation regulation specialists, a marine archaeologist, wetland regulatory experts and others collaborated to develop and implement an effective work plan. Further complicating the process, COVID-19 restrictions meant that the team was required to work remotely from four separate locations. No site visits, only photos, plan sketches, and the contractor’s descriptions could guide the team’s response.

The first step was to determine whether the wreckage would be considered a historic property by the Federal Transit Administration, the lead federal agency on the project. Because of the federal involvement, Section 106 of the National Historic Preservation Act of 1966 applied to the Yard project, including the discovery of the sunken vessel, and required consultation with SHPO. If the vessel was determined to be a historic property, the Section 106 regulations would require additional consultation and mitigation measures to protect the boat during its removal. On behalf of the FTA and NYCT, HDR’s cultural resources practice lead, Jeanne Barnes, architectural historian Diana Garnett, and maritime archaeologist Amy Leuchtmann researched the PT-59 boat and prepared a consultation package for SHPO review. Barnes and her team performed the research overnight, which allowed NYCT to notify the SHPO the day following the discovery of the find and to emphasize the urgency of the situation.

What they discovered was that although official records didn’t identify the boat’s location, local rumors connected the site to the PT boat. From there, the HDR cultural resources team was able to research the PT-59, recommend a determination of eligibility and conduct an assessment of the sea wall construction’s effect on the wreckage. They concluded that the PT-59 was significant for its role in support of the Solomon Islands campaign in the Pacific theater during WWII but should not be considered eligible for listing in the National Register of Historic Places as it had been highly modified since WWII and only the hull remained. After the discovery of the boat on a Monday, the Section 106 consultation package was submitted on Friday, and the SHPO concurred with HDR’s recommendations the following Monday, shaving considerable time from the normal 30-day review process.

“Given the tight timeframe, our experienced cultural resources experts from around the country worked hard to put together high-quality information in under a week,” Barnes said. “I was pleased that it all came together so quickly, and NYCT, FTA and the SHPO all agreed with our recommendations.”

With the SHPO’s concurrence that the boat was most likely the PT-59 Boat, and that it was not eligible for the National Register of Historic Places, the prompt removal of the boat was allowed.

The SHPO concurrence allowed our team to move on to the next step: determining how to excavate, dismantle and remove the boat from the bottom of the Harlem River in compliance with New York State Department of Environmental Conservation and U.S. Army Corps of Engineers permits. Our regulatory experts prepared permit modification applications that would quickly satisfy the regulatory agencies. The boat was in a difficult location, buried under 5 feet of “soupy” mud. We proposed a floating containment boom and silt curtain to contain the turbidity and water jetting methods to expose the deck of the boat. Once large pieces were cut, a crane with a grapple would place the debris in a container on an adjacent work barge.

“Our experience and relationships with regulatory agencies allowed us to contact the lead regulators on their cellphones and get the process started before we had even submitted the application,” Gillespie said. “For the last approval, I hosted a conference call late on a Friday and the approval came in the following Monday morning.”

In all, the team avoided more than a month of construction delays.

Enhanced Resiliency, Protection and Preservation for All

The boat was discovered during the last few months of the seawall construction. The project is now quickly advancing to completion, and the 207th Street Yard will now operate with added flood control protection and a more resilient future. Due to the Metropolitan Transportation Authority's excavation efforts to unearth the remains of the boat, using divers and a crane to carefully take pieces out of the water, they were able to recover a lot of the material including a good piece of the rear of the engine room itself, the engine bed.

And just as the critical assets of the yard are now protected, John F. Kennedy’s PT-59 has been salvaged as well. MTA officials were able to find a fitting resting place for parts of PT-59 at the Battleship Cove Museum in Fall River, Massachusetts — just 8 miles from Narragansett Bay where the boat launched its career many decades ago. 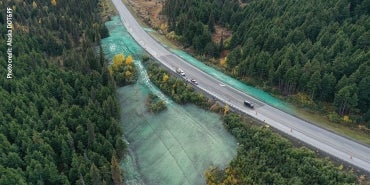 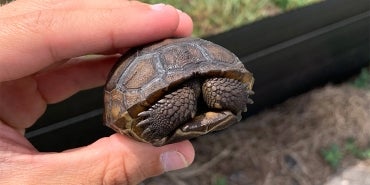 A Wild Airport Project: Relocating Animals from the Airfield
Article 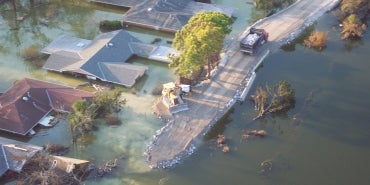