Utilities across the nation are preparing for increasingly stringent copper limits. For most, these are due to the EPA’s Lead and Copper Rule Revision whose effective date may arrive as early as June 2021. For a select few, new state copper limits have surpassed the potential federal restrictions and spring from a very different regulatory driver: fish protection.

State regulations prohibit the Alaska Department of Environmental Conservation from authorizing mixing zones in stream reaches when anadromous fish are spawning, which can lead to very stringent water quality-based effluent limits (end-of-pipe application of criteria). Permittees that discharge to these streams are seeing increasingly stringent effluent limits for many contaminants, but particularly for copper and zinc. The low copper effluent limits for wastewater treatment plants are forcing drinking water utilities in those communities to incorporate the same approaches required by the LCRR to find and alleviate sources of copper in the water and wastewater systems.

How the City of Soldotna is Navigating Copper Limits

Soldotna, Alaska is located on the world-famous Kenai River — the most popular sport fishing destination in Alaska. The glacial blue waters of the Kenai are home to some of the best salmon runs, as well as trophy-sized Rainbow Trout and Dolly Varden. The Soldotna WWTP has been discharging safely and effectively into the river since the early 1970s.

As the community has grown, the City has maintained and upgraded the WWTP to meet new demands and satisfy changing regulatory requirements. The City is currently in discussions with the ADEC for its Alaska Pollution Discharge Elimination System permit renewal. The preliminary draft permit eliminates the existing mixing zone in the Kenai River and establishes an end-of-pipe monthly average copper limit of 3.1 µg/L. This extremely low copper limit is difficult to achieve with the current WWTP processes.

To address this issue, the City and HDR developed and are executing a two-pronged approach to maintaining compliance with the new limit. One focus is to revisit the allowable copper effluent discharge limits at the WWTP. The second is to closely examine the sources of copper entering the sanitary sewer system (such as plumbing corrosion) and determine how to reduce or eliminate these contributions.

In 2015, HDR prepared the WWTP facility plan which included system modifications needed to meet the proposed stricter discharge limits, including copper in the WWTP effluent. The proposed modifications were so extensive and expensive that the City and HDR started negotiations with ADEC to revisit the numerical discharge limits. ADEC suggested the City could investigate Water Effect Ratios and chemical translators for establishing dissolved metal limits for the treated effluent. The traditional approach for developing WERs is by following an EPA protocol for laboratory toxicity testing. HDR recommended an alternative approach using the Biotic Ligand Model to develop site specific criteria. The City and HDR worked collaboratively with ADEC and EPA to prepare a quality assurance project plan to further evaluate the BLM.

The QAPP required the City to implement a sampling and analyses program from May 2018 through September 2020. HDR used the resulting data to characterize fish toxicity at various river locations, and BLM-calculated criteria for each metal at EOP and downstream locations. Based on results to date, use of the BLM for establishing SSC for copper and zinc appears to be protective of aquatic life in the Kenai River. The potential relief in effluent limits for metals could mean a savings of more than $20 million for WWTP upgrades that the City will not need to undertake. The City will conduct further discussions with ADEC and EPA regarding the implementation of the results of this study, including establishing SSC through rule-making, and subsequent development of the APDES permit for the City.

While the discharge permit analysis was occurring, HDR conducted the first update to the City’s Water Master Plan since the mid-1980s. This update provided an in-depth analysis of the system’s capacity, operating issues and outlook to develop a 10-year capital improvement program. As part of the update, HDR helped the City assess copper corrosion in its water system and customer-premise plumbing. The City owns and operates five groundwater wells in its public water system and does not use surface water supplies (see Figure 2).

The City’s well water supplies are currently treated with a combination of a chemical sequestrant and sodium hypochlorite at each wellhead prior to distribution. The chemical sequestrant used is Aqua MAG, a blended phosphate compound primarily used for iron and manganese control. The Aqua MAG product literature suggests that the sequestrant also may provide ancillary benefit for copper plumbing corrosion reduction. The sodium hypochlorite is generated on-site and is added to maintain a disinfection residual throughout the distribution system.

Tracking Down the Source

Copper increased to 132 µg/L in the premise plumbing sampling. This concentration is only 10% of the EPA and State’s drinking water copper action level of 1,300 µg/L, yet is 43-fold higher than the originally proposed effluent limit developed by ADEC using hardness-based water quality criteria. A comprehensive analysis of the City’s wastewater customer base found no industrial dischargers that discharged significant amounts of copper in the wastewater system. Thus, the vast majority of copper observed in the WWTP discharge could be attributed to premise plumbing corrosion. It was also observed that sewer inflow/infiltration provided dilution benefits, though not enough to lower copper concentrations to the proposed discharge limit.

Our analysis also showed that the Aqua MAG blended phosphate is exhibiting good performance for controlling copper corrosion from copper plumbing, brasses and bronzes; however, additional blended phosphate usage could not achieve sufficient copper reduction from the distribution system to meet the copper limits at the WWTP discharge.

The sampling results suggest that even with good performance for controlling copper corrosion in the system, changes to current water treatment practices may be required to reduce metal concentrations to below the WWTP effluent permit limits.

To meet this need, HDR is evaluating new treatment processes for source water not currently being used by the City. Oxidation/coagulation/sand filtration or oxidative adsorption filters would remove contaminants from the water supply including copper, zinc, iron, manganese and arsenic. In addition to the beneficial removal of these metals, with the high levels of iron and manganese removed from the system, the City would be able to discontinue the use of Aqua MAG and more readily maintain the desired chlorine residual in the distribution system. It is also likely that the City would not need to add a corrosion control chemical (orthophosphate) after a filtration upgrade. Instead, a pH increase in the treated water prior to entering the distribution system will be evaluated in subsequent phases and may be adequate for corrosion control.

The One Water Solution

HDR continues to support the City in the evaluation of the complex relationship between the City’s raw water quality (iron/manganese/organics), the current choice of sequestrant, corrosion control requirements, chlorine demand and residual, and ultimately the impacts to the concentrations of copper being discharged from the WWTP. Through a multifaceted management approach, the City is addressing proposed low effluent limits for metals with use of the BLM for establishing SSC for copper and zinc in a manner that will be protective of aquatic life in the Kenai River. Potential upgrades to the drinking water system may provide additional metals relief for the WWTP effluent as well as overall water quality improvements, including reduction/removal of iron and manganese, discontinued use of sequestrant and the ability to more easily maintain chlorine residuals in the water system. 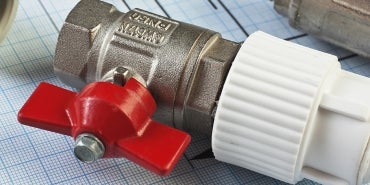 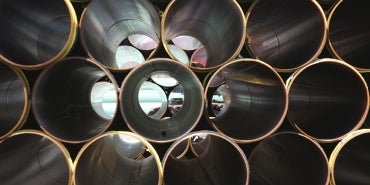 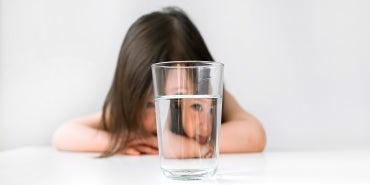 When You Find Yourself in the One Water Nexus