Cincinnati city officials believed it was high time for Interstate 71 to better serve the needs of the city’s Uptown residents and businesses. Since the 1970s, I-71 has been a major, regional thoroughfare connecting people and freight from the city’s core with its suburbs in Ohio’s southwest corridor. However, this same thoroughfare had separated neighborhoods and limited access to the Uptown area, home to two Level 1 trauma centers, Cincinnati’s second-largest job center and five of the city’s largest employers.

The Ohio Department of Transportation collaborated with city officials to develop a solution that would permanently bring together the Uptown community on both sides of the freeway. Our HDR team led the design for a new, full interchange for traffic on I-71 at Martin Luther King Jr. Drive. In the process, the $80 million project became a catalyst for future economic development and thousands of new jobs in Uptown’s seven Cincinnati neighborhoods.

We teamed up with Kokosing Construction Company in April 2014 to win the design-build contract to construct the interchange, which included four new entrance/exit ramps at a widened MLK Drive, reconstruction of 2 miles of I-71, and work on eight new or rehabilitated bridges. Our HDR team was responsible for the design of bridges, walls, roadway geotechnical elements, traffic signals, intelligent transportation systems, way-finding lighting, aesthetics and maintenance of traffic plans. We also provided a support role for public involvement, environmental policies, right-of-way and document control.

Because of the contractual requirement to break ground by July 2014, delivery speed was vital. In order to meet this first deadline, we had to collaborate effectively with Kokosing and all project stakeholders. We expedited the project design process by dividing the work into 10 buildable units in order to get separate sections of design and construction reviewed and approved quickly. We met the contractual requirement of breaking ground less than three months after award through diligent teamwork and planning with the contractor. The rest of the design work was completed and approved on-time within a year from start to finish.

Our HDR team thrived on the challenges of meeting our project timetable. For example, due to the speed at which ODOT procured the DB contract, right-of-way acquisition was still ongoing when construction began. This limited the locations where initial construction could occur,  which meant the first year of construction was largely work in the interstate right of way.

We developed numerous alternative technical concepts to help control the schedule and costs, including geometric improvements, pavement optimizations and structural innovations like the pre-cast wall panels used only once before on an ODOT project. Additionally, we used a geometric layout called a “combined tight and folded-diamond interchange” to fit the four new MLK Drive ramps, resulting in a smaller footprint and less impact to private property than traditional interchange types. We also realigned and flip-flopped the southbound MLK Drive and WH Taft Road off-ramps at this interchange. The reconfiguration resulted in a more intuitive exit for drivers, improved nighttime lighting conditions, eliminated a bridge span and reduced wall heights which will decrease future maintenance costs.

Sustainable designs based on community input were essential. We worked with the City of Cincinnati Architect to develop the corridor’s aesthetic features, which included the MLK Interchange’s cable-stay bridge feel and mechanically-stabilized earth wall panel patterns. Local stakeholders chose such features and the color palette — creating the gateway concept into Uptown that the community sought. 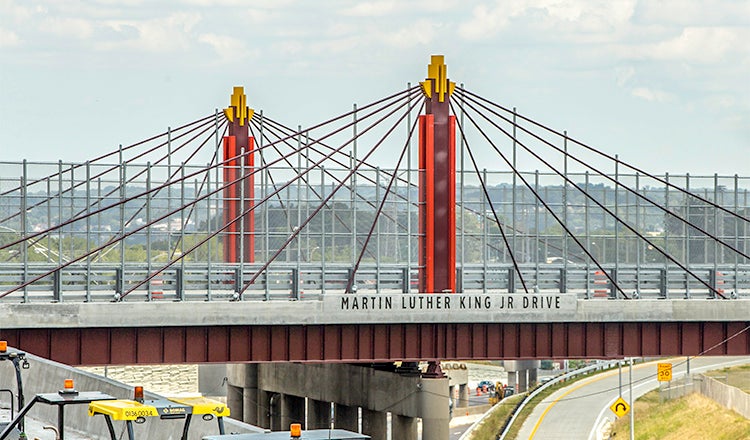 Construction was largely complete by the end of the 2017 construction season, and early estimates of time saved with the new MLK Interchange shows the intended result — reduced travel time by up to 8 minutes for drivers headed to the Uptown area. We also helped add more and safer bus stops in the area, along with a 14-foot, multi-use path to increase mobility for transit users and pedestrians.

In short, our comprehensive design was completed on-time and within budget. The project reduces travel times, increases mobility, enhances way-finding and promotes economic vitality. The new interchange improves access to Uptown’s Healthcare District, home to the two trauma centers, University of Cincinnati, Xavier University, the Cincinnati Zoo and many other employers. Looking ahead, the project is expected to bring over 7,000 jobs to the Uptown area and over $700 million in new economic development. 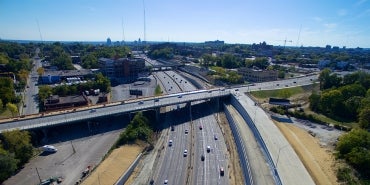 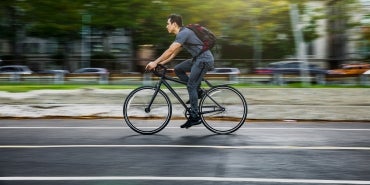 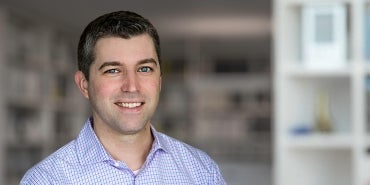 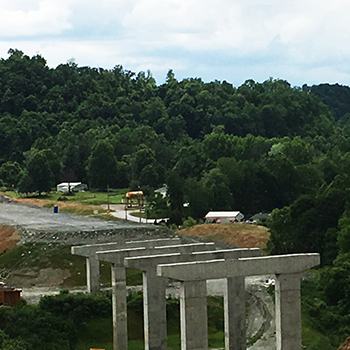 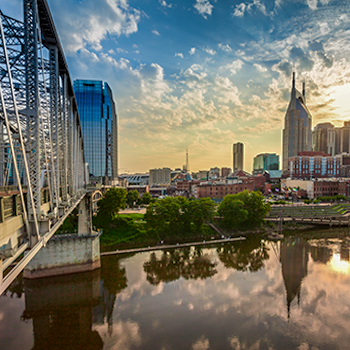