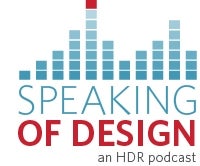 There’s a story behind every structure in our world. Meet the engineers and architects who are changing communities through imagination and innovation. Speaking of Design makes you part of the experience as they transform the world, one project at a time. 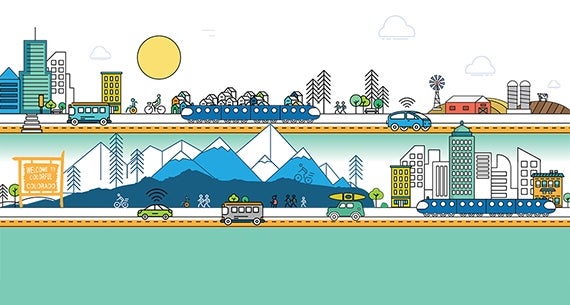 Growing population and rapidly changing transportation technologies are affecting our everyday lives. In this episode, we’ll learn how public transportation agencies are partnering with private sector technology companies to tackle that change head-on in Denver, Colorado. That community’s “mobility blueprint” may suggest a new approach for other metropolitan cities wrestling with the same issues in their communities. 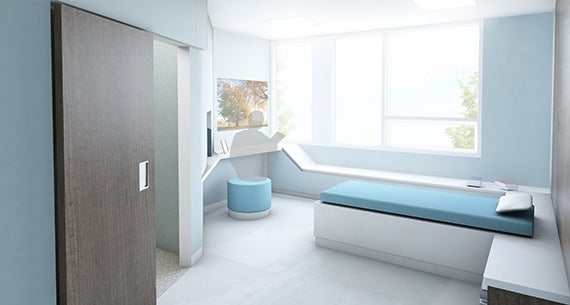 What makes the ideal inpatient room for individuals being treated for behavioral and mental illnesses? Partnering with the Veterans Affairs New Jersey Healthcare System, a team of architects, researchers, and healthcare experts worked collaboratively to prototype a room designed specifically for behavioral and mental health treatment. Their design research will help architects and healthcare providers leverage evidence-based design to create therapeutic environments for both patients and their families. 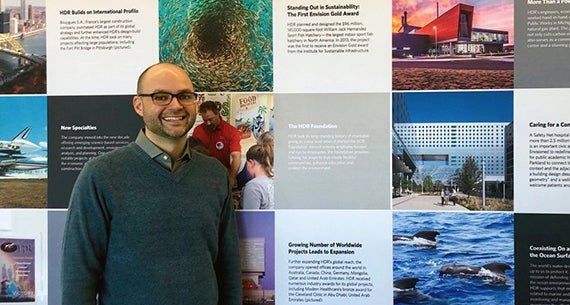 The Value of Designing Sustainable Infrastructure

Once considered an environmentally conscious add-on to infrastructure design, sustainability has grown to be recognized for its inherent value in the design process. A big champion for this shift in mindset, the Institute for Sustainable Infrastructure provides an industry blueprint to define and measure sustainability through its Envision® rating system. On this podcast, ISI’s Anthony Kane and Melissa Peneycad discuss how sustainability benefits the bottom line, the growing importance of resiliency to combat extreme weather, and some of the most innovative infrastructure designs they’ve seen through the Envision verification program.

The State of Inmate Healthcare — Complexities in Design

Providing healthcare for inmates poses a complex challenge with agendas often viewed as contradictory. How do you design a space for healing and treatment in a facility intended for punishment? Is there an optimal location for providing such care? Is it more cost-effective to provide medical services in-house, or transport inmates to established healthcare facilities? In this episode, we’ll explore the current state of healthcare in corrections through HDR Fellow Dave Redemske’s research Providing Healthcare in the Prison Environment. Dave and his colleagues discuss what’s being done to improve the level of care and how inmate healthcare, at its root, is a public health issue. 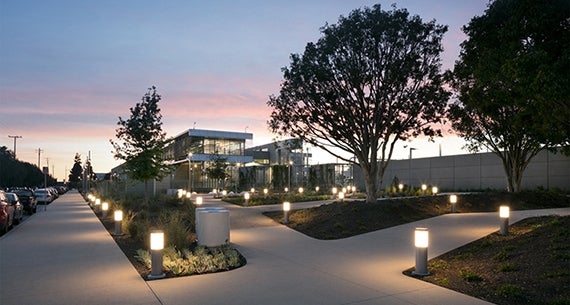 The Expo Line connects downtown Los Angeles to the beaches of Santa Monica. But the much-anticipated light rail expansion brought a need for a facility to clean, maintain and repair the Los Angeles Metropolitan Transportation Authority’s 45 light-rail vehicles. However, residents of Santa Monica weren’t too sure about building a rail maintenance facility right in the heart of the Pico neighborhood — inspiring designers to create much more than a cookie-cutter solution. 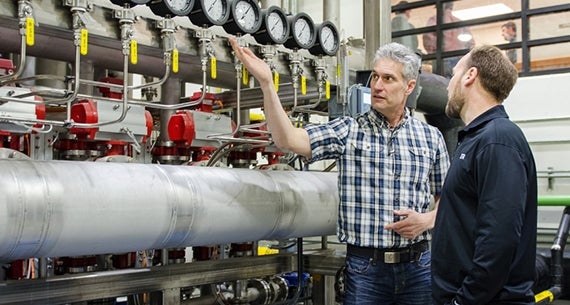 A New Source of Pride for the Richest Hill on Earth

Once known as the "richest hill on Earth" for its wealth of mineral deposits, Butte became the first major city in Montana thanks to the boom of copper mining. But early 20th century mining practices led to serious environmental consequences, including contaminated groundwater unfit to drink. The city’s new Basin Creek Water Treatment Plant has become a source of civic pride, showing off some of the flashiest technology in the drinking water industry. But on top of many engineering firsts, the facility’s story is rooted in Butte's rich history. 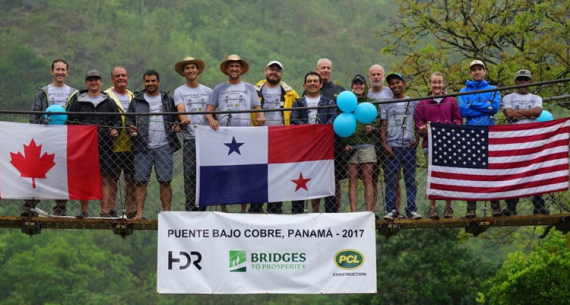 Civil engineers and construction managers often find themselves building massive bridges and interchanges capable of moving millions of vehicles efficiently through growing metropolises. But a small American team took a break from that world, volunteering two weeks of their time to venture into the rainforest of Panama and build a much simpler structure — a footbridge across a river. Despite unique challenges from travel, weather and living conditions, these volunteers partnered on a Bridges to Prosperity project to connect a community to its schools, a hospital and markets across the river. And in the process, this group of engineers and constructors saw firsthand the difference their profession makes in people’s lives. 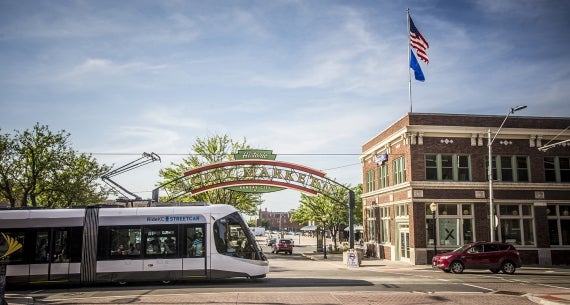 Kansas City, Here We Come! Hop Aboard the KC Streetcar

Rebuilding a War-Torn Country with Hope

As U.S. forces drew down in Afghanistan, a new phase of counterinsurgency strategy took place. In support of the U.S. Department of Defense, an Air Force Civil Engineer Center program sought to strengthen Afghanistan’s national security by building new universities, government buildings, training sites, barracks, recruiting stations, air bases, roads, bridges and other facilities needed for the country’s security forces. However, for the American construction management team providing leadership, oversight and training, the program amounted to more than the facilities. It was about creating professional jobs for Afghans, boosting the economy and providing hope. 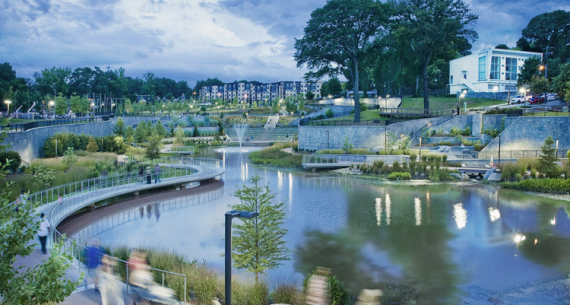 How a Storm Sewer Project Became an Urban Oasis 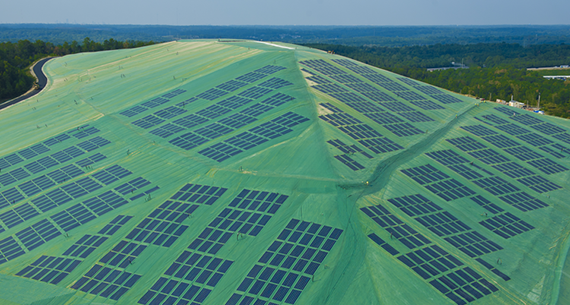 When you think of landfills, you may not think of design. But like almost every type of engineering or architectural design, landfills have changed dramatically over the last 30 years. In the pilot episode of Speaking of Design, you’ll meet one engineer who’s taken landfill design to a new level, creating a source of renewable solar energy. 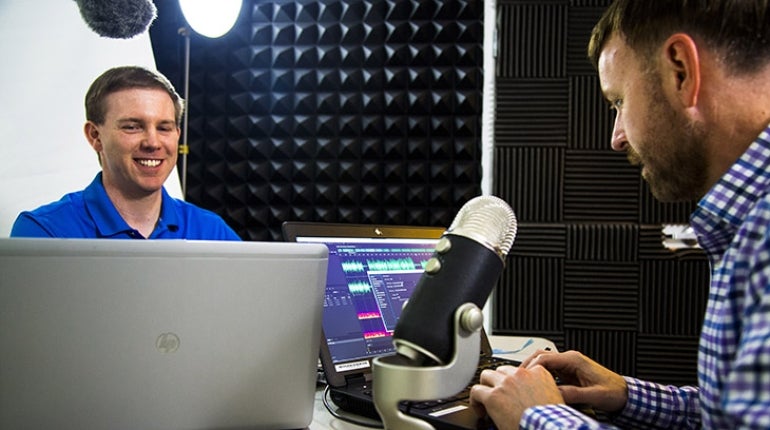 Danny’s dad had a 40-year career as a newspaper editor, and his mom is a former college journalism instructor. So it’s no surprise that he strives to bring an independent journalistic voice to the stories he tells. As an avid listener of podcasts like Radio Lab, Freakonomics and Planet Money, Danny likes to find a way to relate technical subjects to a broad audience. He also likes to use pop culture analogies in his storytelling, some of which work better than others.

John comes from a background of visual storytelling, and conveniently has a voice made for radio. As a child, he used to experiment with some BASIC computer programming on his TI 99/4A computer, making his own games and designing cover art to go with them. He’s brings that same creativity to the podcast as the sound engineer, adding all the music, sound effects and transitions to bring our stories to life. However, he laments one thing about podcast production — he can’t enjoy his favorite podcasts while he’s busy editing his own.